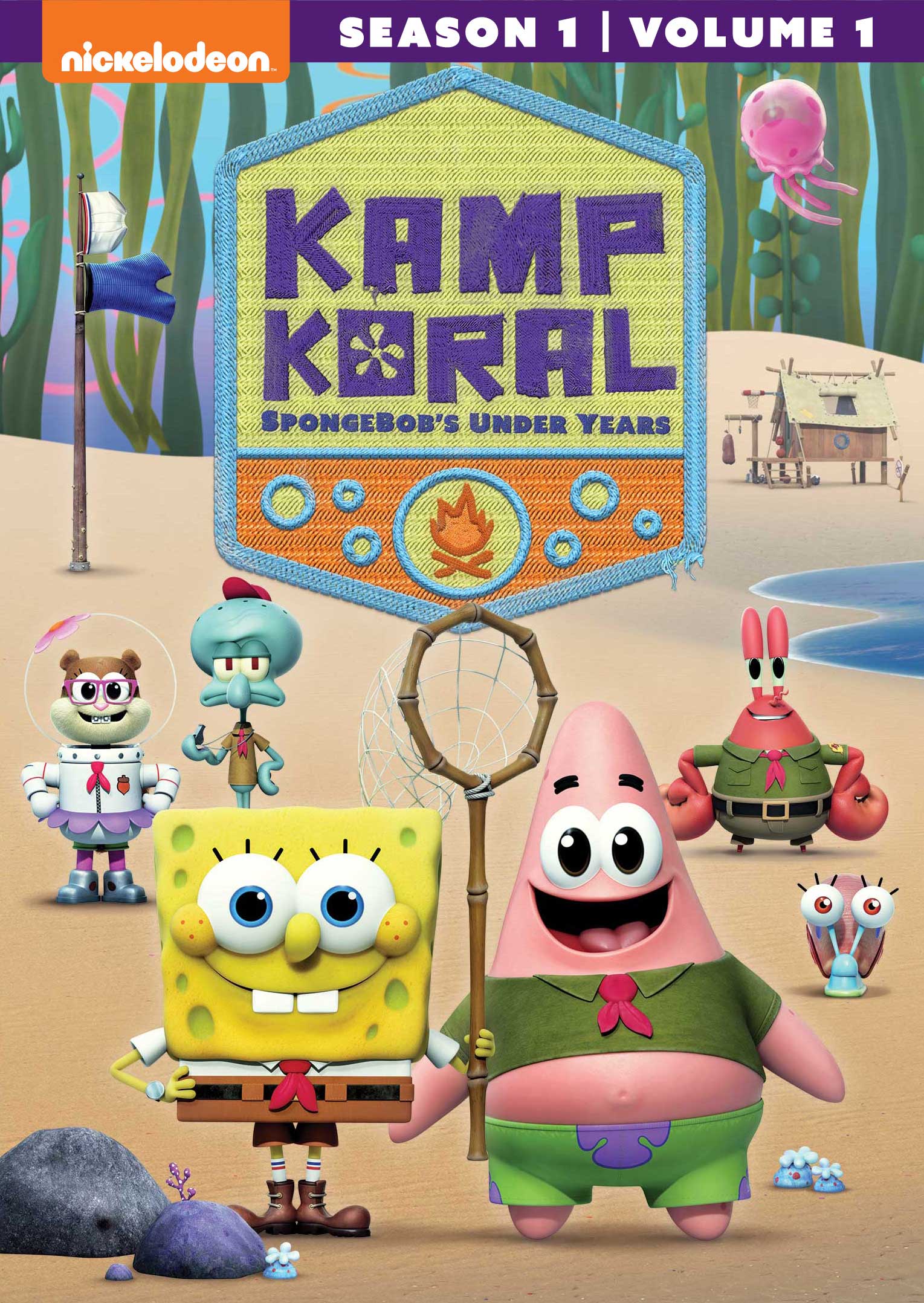 What were SpongeBob and his friends like when they were young…?

Visit Bikini Bottom’s summer getaway Kamp Koral with SpongeBob and his friends in the prequel series Kamp Koral: SpongeBob’s Under Years! Available on March 8, 2022, this DVD features 13 episodes of summer shenanigans with SpongeBob, Patrick, Sandy, and Squidward. SpongeBob and friends make a splash as they make new friends, build underwater campfires, catch wild jellyfish and so much more!

Kamp Koral is a sleepaway summer camp for the kids of Bikini Bottom. It’s the perfect place for 10-year old SpongeBob, Patrick, and Sandy to make new friends, build underwater campfires, catch wild jellyfish, swim in Lake Yuckymuck, and drive their teenage camp counselor Squidward absolutely crazy! This volume contains the first 13 episodes of season one in a 2-disc set!

Looking for more SpongeBob? Make sure to check out my review of The SpongeBob Movie: Sponge On The Run HERE.