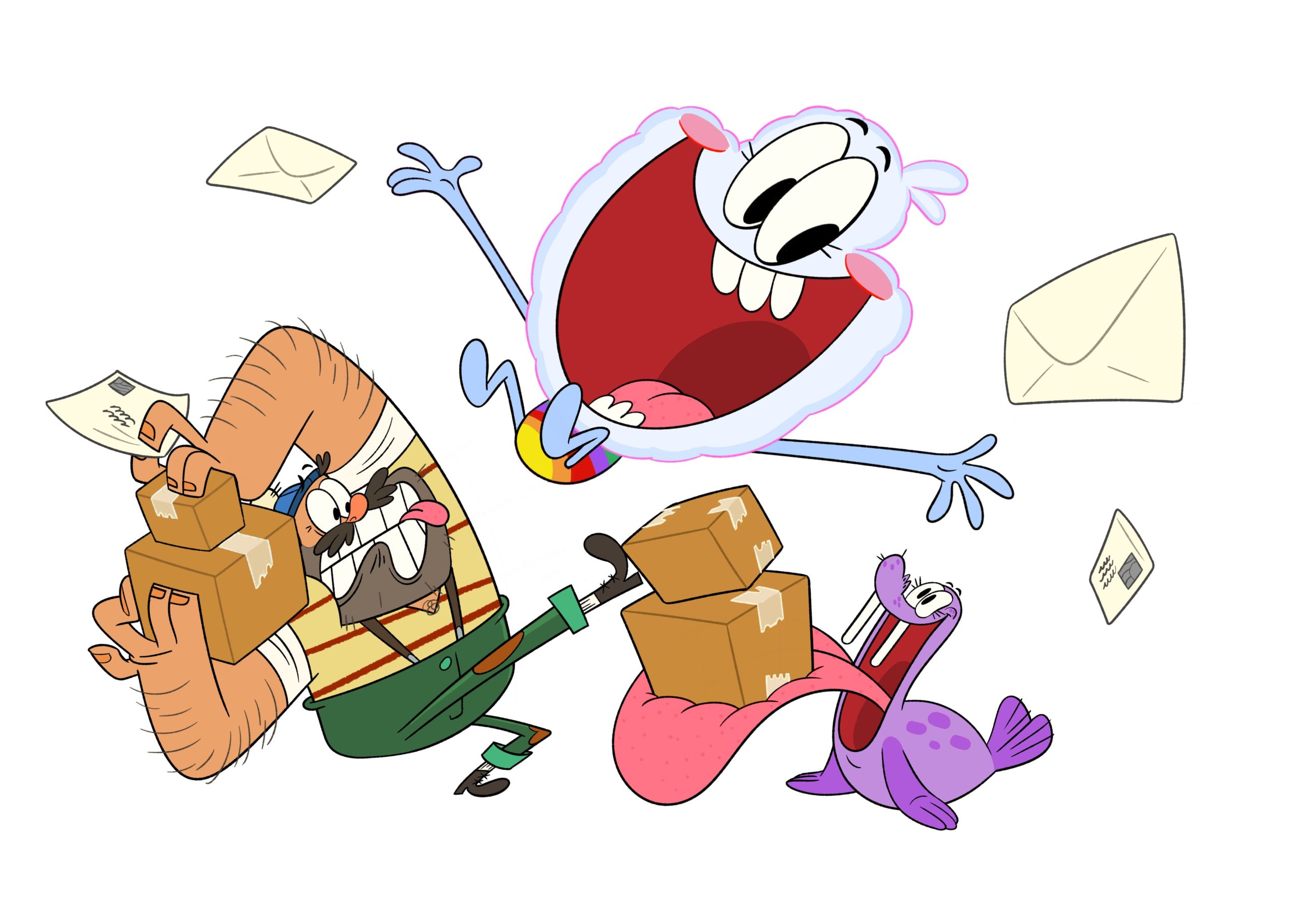 Calling all Nickelodeon fans! Nickelodeon has just announced it will be releasing a new animated series! The working title is Middlemost Post. So far from the picture, Nickelodeon has released the animation is very much like The Loud House and SpongeBob. Which I like, and the story concept is something I believe my kids would be interested in. What are your thoughts? Below is all the current information provided by Nickelodeon about their new show.

In Middlemost Post, Parker J. Cloud, an exuberant raincloud, lives and works in the Middlemost Post Office with Angus, a burly, rule-abiding mailman who cherishes his solitude and values efficiency, and Russell, their magical pet walrus whose stomach is so big that it doubles as a storage room. Together they journey through Mount Middlemost and the six territories of Somewhere to deliver the mail, while meeting some exceptionally quirky and peculiar people along the way. But as this loving and unconventional trio grows closer, they remain blissfully unaware that they have been brought together by one fateful stormy event.

“Middlemost Post captures everything we look for in a new series–an imaginative and truly unique world, lovable characters who care deeply about each other and big comedic moments to drive the story,” said Ramsey Naito, Executive Vice President, Nickelodeon Animation. “The series is created by our very own John Trabbic, with writing partner Dave Johnson, and we can’t wait to bring to life the characters and places in this artist-driven series for our global audience.”

Today’s Middlemost Post greenlight comes on the heels of recent announcements for Big Nate, Kamp Koral: SpongeBob’s Under Years, and a second season of The Casagrandes. The original series exemplifies Nickelodeon’s commitment to bringing fresh innovative content to kids and families around the world.

I will provide more information as I get it. Based on the synopsis and art what do you think?