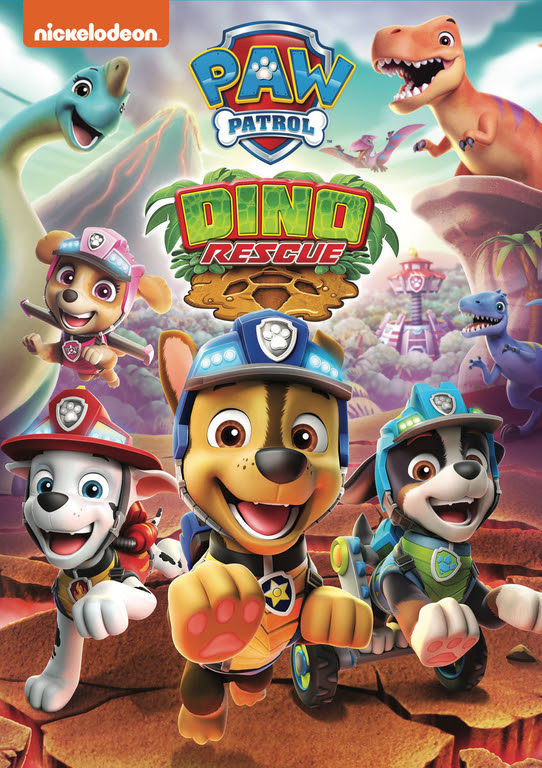 Time for some Dino fun!

It’s Paw Patrol day today! Haha! Who am I kidding? It’s Paw Patrol day every day at my house. Haha! I saved this post specifically for this week since this week is our Dinosaur week for our at-home summer camp. My kids have enjoyed learning all about Dino’s this week and having a Paw Patrol DVD with Dino’s in it was just icing on the cake! I will say I think out of all the Paw Patrol DVD’s we have this is my favorite. I also may have a new favorite pup in Rex. Continue reading below to learn about what comes on the DVD and a special giveaway.

Disclosure: My family and I were gifted a copy of Paw Patrol: Dino Rescue from Nickelodeon and Paramount Home Entertainment all thoughts and opinions are my own.

Get ready for roars and rescues with the PAW Patrol in the brand-new DVD PAW Patrol: Dino Rescue. Featuring episodes from the hit Nickelodeon series PAW Patrol (produced by Spin Master Entertainment), the new DVD release lets fans join the pups as they travel to the Dino Wilds with all-new rescue gear and heavy-duty vehicles for action-packed adventures, where they’ll meet new prehistoric pals including new pup and dinosaur expert Rex, work together to stop a dinosaur egg thief and more. The PAW Patrol: Dino Rescue DVD will be available from Paramount Home Entertainment and Nickelodeon Home Entertainment on August 4, 2020, for the suggested retail price of $10.99.

More shows to watch from Nickelodeon!

If you love Nickelodeon and are looking for a new show to watch, then make sure you check out these other fantastic shows/DVD’s. SpongeBob SquarePants: Bikini Bottom Bash, The Loud House: Absolute Madness Season 2, Volume 2, SpongeBob SquarePants: The Complete Eleventh Season, Paw Patrol: Mighty Pups Charged Up, Bubble Guppies: The Great Guppy Games, and Paw Patrol: Mighty Pups Super Paws.