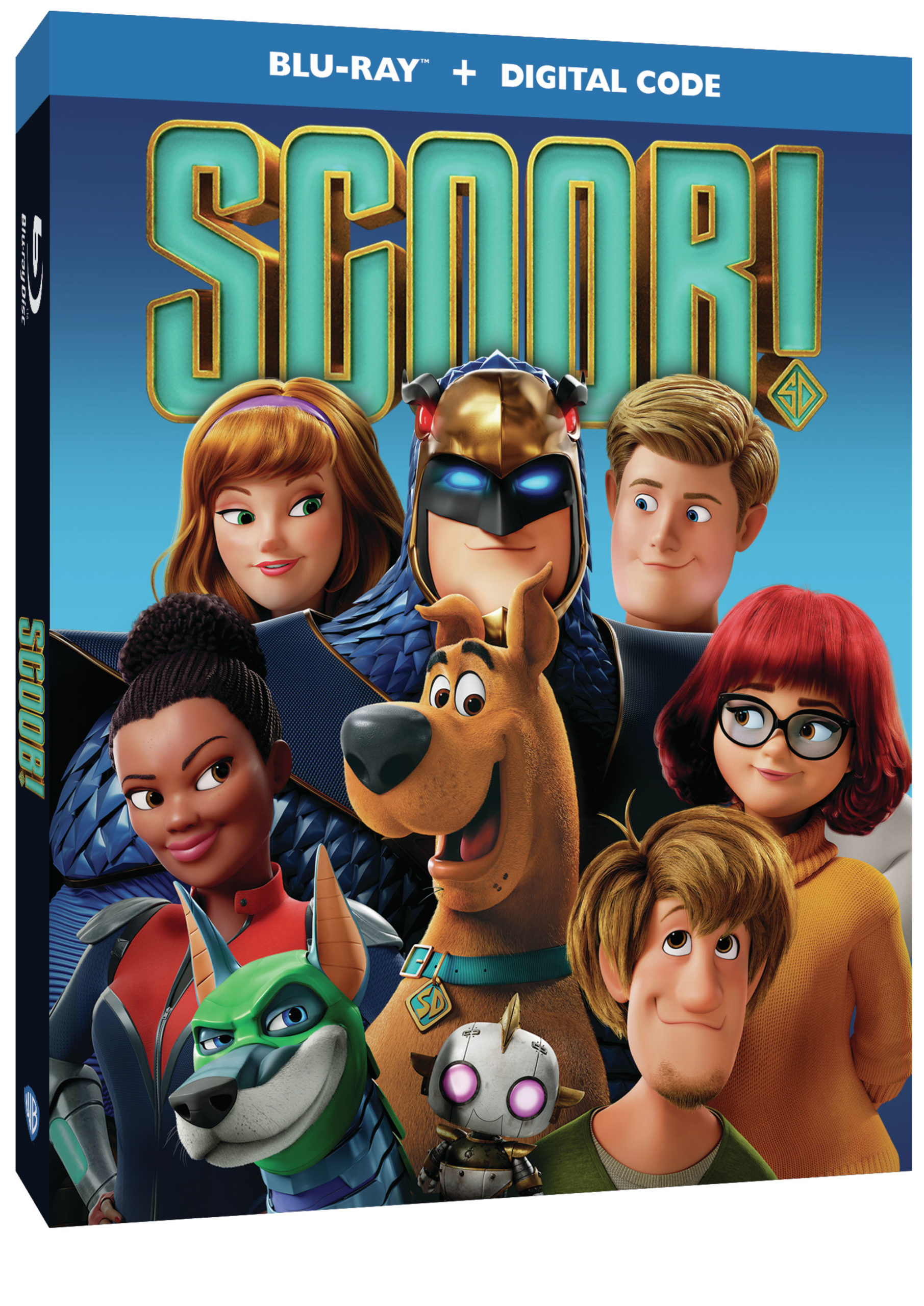 No Comments on SCOOB! Is out on Blu-ray and DVD Now!Entertainment prettyinbabyfoodJuly 21, 2020January 9, 2021SCOOB!, Warner Bros
FacebookTweetPin

The gang is back!

Scooby, Shaggy, Velma, Fred, and Daphne will waltz into, or back into, your heart with the new movie SCOOB!. Personally, I have been loving some of the remakes or re-imaginings of movies/TV shows from my childhood, and SCOOB! is one of them. We rented SCOOB! when it first came out and needless to say we got our monies worth with the number of times we watched it. Haha! SCOOB! has everything. Humor and nostalgia for the parents and a heartwarming story and lessons to be learned for the kids. (SCOOB! is rated PG but I will say, as a watch out for parents, some of the humor is slightly adult and flew over my kid’s heads, but older kids will understand the jokes they make.) Below you will find release and bonus feature information for SCOOB!. Along with a giveaway!

Disclosure: My family and I were gifted a SCOOB! package including the Blu-ray from Warner Bros. Entertainment all thoughts and opinions are my own.

A huge thank you to Warner Bros. Entertainment for gifting my family with SCOOB! and also for providing me with a Blu-Ray Combo Pack to giveaway! To enter to win click HERE.

In Scooby-Doo’s greatest adventure yet, see the never-before-told story of how lifelong friends Scooby and Shaggy first met and how they joined forces with young detectives Fred, Velma and Daphne to form the famous Mystery Inc. Now, with hundreds of cases solved, Scooby and the gang face their biggest, toughest mystery ever: an evil plot to unleash the ghost dog Cerberus upon the world. As they race to stop this global “dogpocalypse,” the gang discovers that Scooby has a secret legacy and an epic destiny greater than anyone ever imagined.

Where it all began…

Learn the origins of Mystery Inc. and prepare for adventure when “SCOOB!” arrives on 4K UHD Combo Pack, Blu-ray and DVD from Warner Bros. Home Entertainment.

“SCOOB!” reveals the never-before-told story of Scooby’s origins. It shows how one of history’s most famous friendships began when an adorable, homeless puppy met a lonesome young boy named Shaggy, and how the two of them joined forces with aspiring young detectives Fred, Velma and Daphne to become the celebrated Mystery Inc.  Now, with hundreds of cases solved and adventures shared, Scooby and the gang face the biggest and most challenging mystery of their careers: a plot that will unleash the legendary ghost dog Cerberus upon the world.  As they race to stop this “dogpocalypse,” they discover that Scooby has a secret legacy and an epic destiny greater than anyone imagined.

It was directed by Warner Bros. animation stalwart Tony Cervone, an Annie Award nominee for the feature film “Space Jam,” two-time Emmy nominee for his work on “Duck Dodgers” and one of the creators of the popular Scooby-Doo series “Mystery Incorporated.”

The 4K Ultra HD Blu-ray disc of “SCOOB!” will feature HDR10+TM, HDR technology that optimizes brightness levels and contrast for each scene, making bright areas brighter and dark areas darker to deliver a lifelike viewing experience. The 4K UHD Combo Pack, Blu-ray and DVD versions of “SCOOB!” will all include a digital copy of the film.

Have you seen SCOOB!? What did you think?

SCOOB! Is out on Blu-ray and DVD Now!
FacebookTweetPin