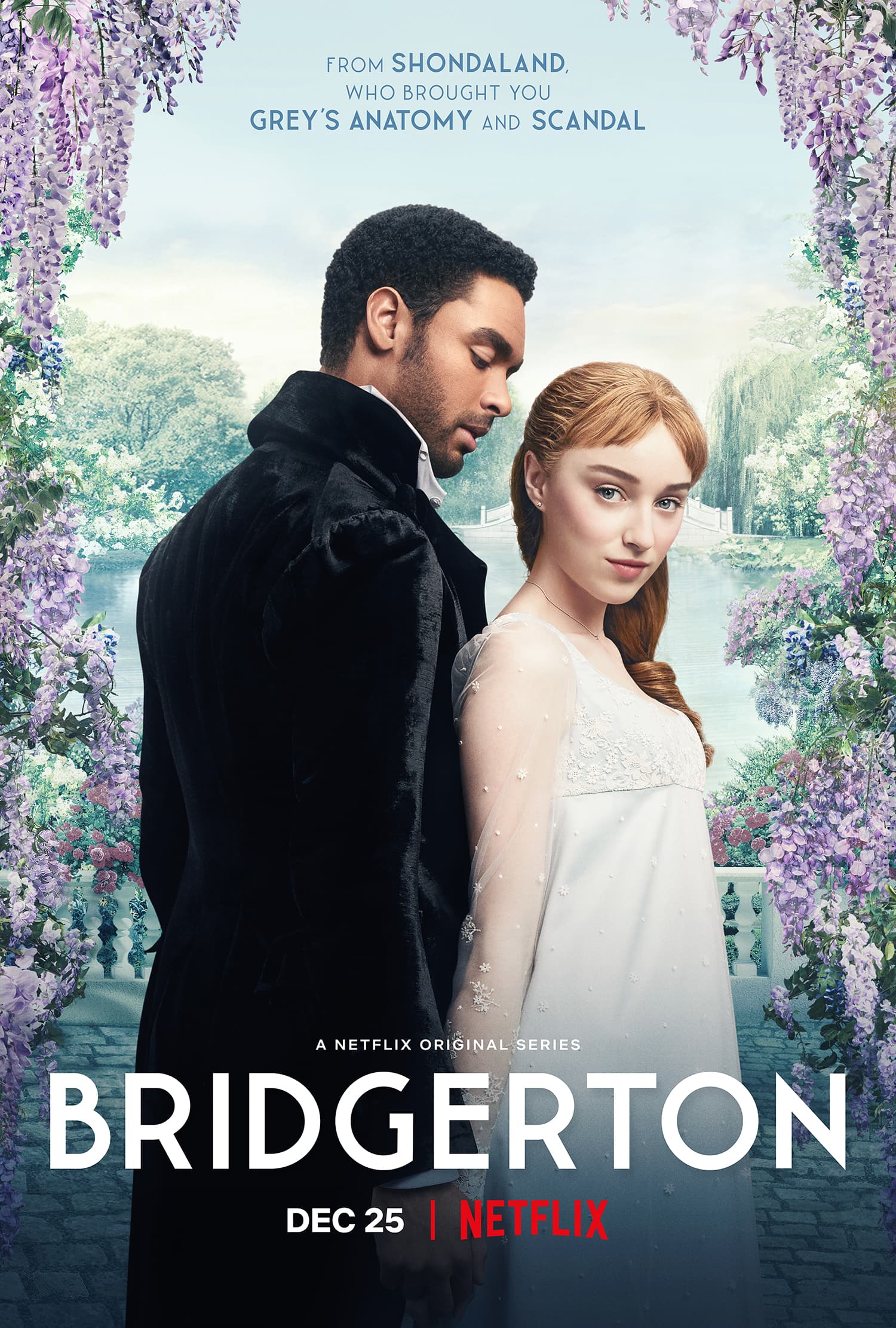 It has come to my attention that there is a juicy scandal riddled show currently residing on Netflix. A show that is said to be full of sordid affairs and gossip galore. What show is it you ask? One word, Bridgerton. Last night I nestled in with a glass of wine and binge-watched the show to see what all the fuss is about. What did I think? Is Bridgerton the hottest show on Netflix right now? Well reader, here is my review.

Bridgerton is set in Regency England. It is a show that will remind you of Jane Austen’s Novels like Pride and Prejudice. There are balls, fortepiano, needlework, and husband-hunting. The show follows the Bridgerton family as they try to secure a marriage match for their daughter Daphne. Bridgerton is different though. While showing the gentlemanly and “sophisticated” upper-class side of Regency England Bridgerton also shows the gilded cages and not so gentlemanly side.

Let’s talk about the juicy bit’s

The first thing I heard about Bridgerton was that it was HOT, and definitely not for kids. Personally, I agree with the second part of my last sentence. Bridgerton is not for children or teens. It is a show with a lot of adult sexual content such as nudity, and sexual situations. (A lot of butt shots, some female top frontal nudity, sex, and an orgy.) Is it the HOTTEST sexually charged show I have seen? No, I could list other shows I have seen that have more and better-acted adult content. (Harlots, Rome, The Tudors, True Blood, etc.) But I will say this about Bridgerton. It is the hottest show on Netflix right now, and definitely worth binge-watching, but not just for the juicy parts.

About those gilded cages…

Bridgerton does an excellent job showing us what it was like to be a woman in the 19th century. Marriage and keeping one’s honor intact was the main duty of a daughter/woman. A better marriage elevated a family’s position in society, and so it was in the best interest of a daughter to marry as well as she could. More often than not daughters did not get to choose who they married, and Bridgerton hit’s the nail on the head on how they showcased these situations. The passion Phoebe Dynevor portrays through her character Daphne hit my heartstrings and reminded me how fortunate I am to have been born in the time I was. Another area where Bridgerton gets’s it right is about marriage. Marriage is hard and takes work every day to make it last. Even if you marry for love marriage takes work.

It’s true, and once you watch it you will agree. When Regé-Jean Page shows up as the Duke of Hastings everyone else in the show pales in comparison to him. From the first episode to the last of the season Regé-Jean Page charms viewers with his smile, wit, and arched eyebrow. I am very excited to see how the next season of Bridgerton plays out for him and Daphne.

Have you watched Bridgerton yet? What do you think of the show?

From Shondaland and Creator Chris Van Dusen, Bridgerton follows Daphne Bridgerton (Phoebe Dynevor), the eldest daughter of the powerful Bridgerton family as she makes her debut onto Regency London’s competitive marriage market. Hoping to follow in her parent’s footsteps and find a match sparked by true love, Daphne’s prospects initially seem to be unrivaled. But as her older brother begins to rule out her potential suitors, the high society scandal sheet written by the mysterious Lady Whistledown casts aspersions on Daphne. Enter the highly desirable and rebellious Duke of Hastings (Regé-Jean Page), committed bachelor and the catch of the season for the debutantes’ mamas. Despite proclaiming that they want nothing the other has to offer, their attraction is undeniable and sparks fly as they find themselves engaged in an increasing battle of wits while navigating society’s expectations for their future.

If you are looking for more to watch on Netflix then make sure you check out another binge-worthy show, Best Leftovers Ever! HERE.