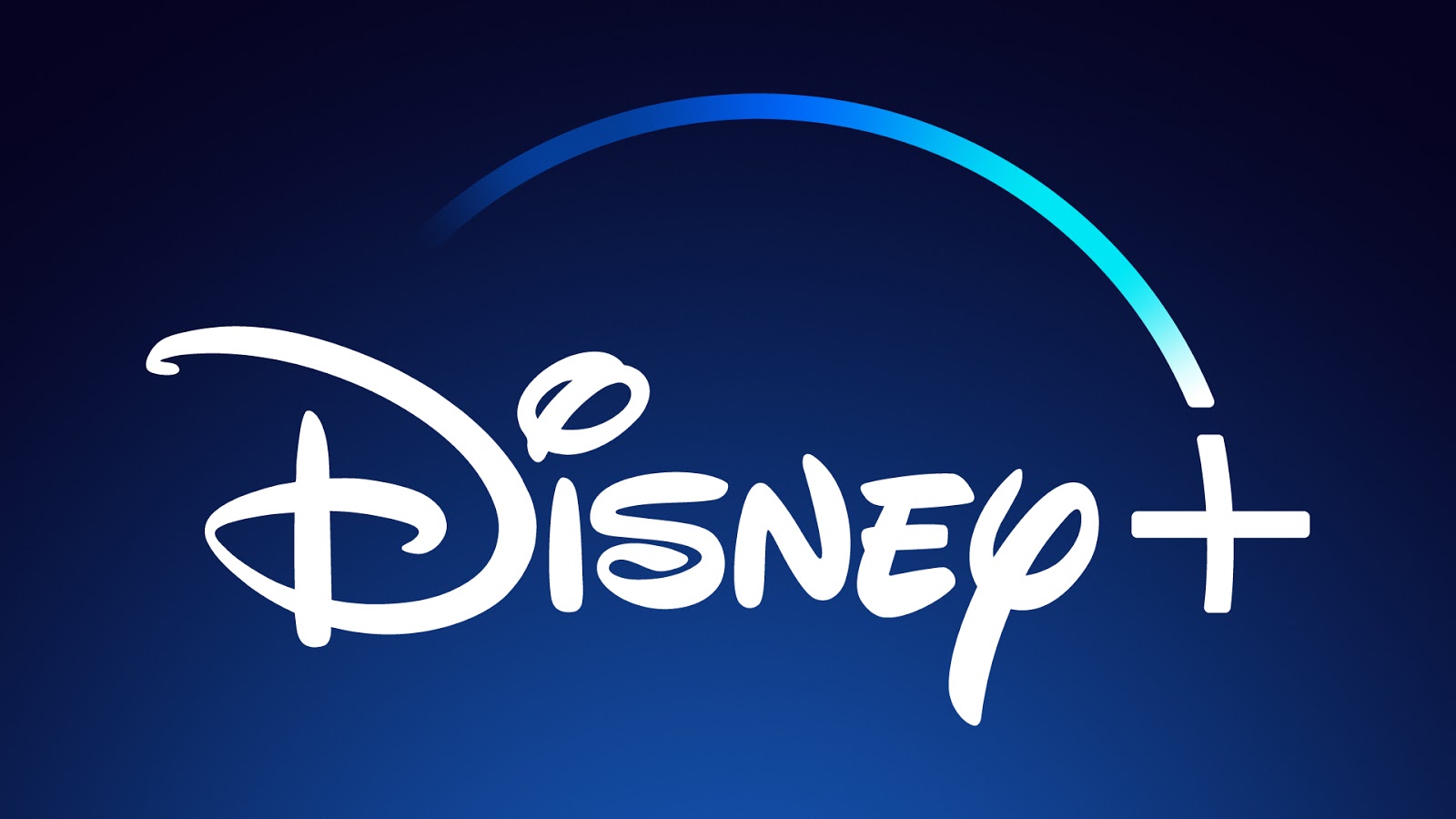 Disney+ this fall is looking good!

Where I live it’s getting colder and that means spending a little bit more time inside. Lately, I have been really enjoying cuddling up with my girls and watching a few shows or binging my shows when my kids go to sleep. (I know, I know. Haha! I could be getting more sleep.) Disney+ has been our go-to go shows for the girls, and it will be for myself soon as well. The second season of The Mandalorian is coming, and truthfully that is all I need right now. Haha! But if you want to know what else is coming to Disney+ this fall then make sure you check out the list below.

What’s coming to Disney+ this fall

“Becoming” (Disney+ Original Series)- From executive producers LeBron James & Maverick Carter, “Becoming” chronicles the origin stories of entertainers and athletes in their own words. Each subject takes a trip down memory lane for an intimate look at the struggles and successes that led them to where they are today. Loved ones share never-before-heard stories that showcase each subject’s inspirational journey towards becoming a star.

“Bend it Like Beckham” – Two ambitious girls, despite their parents’ wishes, have their hearts set on careers in professional soccer.

“Ever After” – A young woman falls in love with a prince while pretending to be a princess. She must then struggle to hide her true identity even as one of her step-sisters prepares to marry the prince.

“Secret Society Of Second-Born Royals” (Disney+ Original Film) – Meet Sam, a second-born royal daughter. She’s not your typical royal and doesn’t really fit into this world. After being sent to summer school by her mother, The Queen, Sam learns it is a ruse; she and the other students discover they have superpowers and are there to train to become part of the Secret Society of Second-Born Royals. Can they learn how to use their powers to save their kingdoms?

“Hidden Figures” – An incredible & inspiring untold true story about three women at NASA who were instrumental in one of history’s greatest operations – the launch of astronaut John Glenn into orbit.

“The Fault in our Stars” – Hazel (Shailene Woodley) and Gus (Ansel Elgort) share a love that sweeps them on an unforgettable journey in this powerful film based on John Green’s New York Times bestseller.

“The Right Stuff” (Disney+ Original Series) – The incredible story of the early days of the U.S. space program, based on the iconic bestseller by Tom Wolfe. At the height of the Cold War, newly-formed NASA selects seven of the military’s best test pilots to become astronauts. Competing to be the first in space, these men achieve the extraordinary, inspiring the world to turn towards a new horizon of ambition and hope.

“X2” –  After a “black ops” specialist abducts Xavier, imprisons his students and steals Cerebro, Night Crawler joins forces with Magneto to rescue their brethren and forestall a holocaust.

“The Chronicles of Narnia: The Voyage of the Dawn Treader” – Young Lucy, Edmund and their cousin cross through a painting into a magical land where they sail with King Caspian to help Narnian lords banished by an evil usurper of the throne.

“Clouds” (Disney+ Original Film) – Based on an inspiring true story, young musician Zach Sobiech discovers his cancer has spread, leaving him just a few months to live. With limited time, he follows his dream and makes an album, unaware that it will soon be a viral music phenomenon. In the end, music gives Zach’s life new meaning and helps him find the perfect way to say goodbye…with a song that will be heard all around the world.

“Meet the Chimps” (Disney+ Original Series) – “Meet the Chimps” takes viewers into the secret life of one of the largest and most unique wildlife sanctuaries in the world – Chimp Haven—a 200-acre refuge tucked deep in the forested heart of Louisiana, which is home to more than 300 chimpanzees. Narrated by Emmy Award-winning actress Jane Lynch, this six-part series, from National Geographic, tracks the ups and downs of this extraordinary group of chimps that are given a second chance at life by a staff whose dedication, compassion and commitment knows no bounds. Through a seamless blend of natural history and observational-documentary filmmaking, “Meet the Chimps” puts the chimps – the heart and soul of the series – at front and center. A real-life drama with a full emotional range, the series gives unparalleled access to everything happening at Chimp Haven, including food squabbles, alliances, romances, ‘bromances’, tears, tantrums, high jinxes and heartbreaks.

“Once Upon a Snowman” Make sure you check out my post on this new short coming to Disney+ HERE. (Disney+ Original Short) – The previously untold origins of Olaf, the summer-loving snowman who melted hearts in the Academy Award®-winning 2013 Disney animated feature “Frozen” and its acclaimed 2019 sequel, are revealed in the all-new Walt Disney Animation Studios animated short, “Once Upon a Snowman.” The film follows Olaf’s first steps as he comes to life and searches for his identity in the mountains outside Arendelle.

“The Big Fib” (Disney+ Original Series) – Disney+‘s first original game show, “The Big Fib,” is back for another 15 episodes. Hosted by Yvette Nicole Brown and featuring Rhys Darby as her robot sidekick, C.L.I.V.E., each episode puts kid contestants in the hot seat as they question adults to find the real fibber.

“The Mandalorian” Season 2 (Disney+ Original Series) – The Mandalorian and the Child continue their journey, facing enemies and rallying allies as they make their way through a dangerous galaxy in the tumultuous era after the collapse of the Galactic Empire.

“The Wonderful World of Mickey Mouse” (Disney+ Original Series) – It’s nothing but fun and excitement for Mickey Mouse and his best friends as they embark on their greatest adventures yet, navigating the pitfalls and curveballs of a wild and crazy world where the magic of Disney makes the impossible possible.

“Marvel’s 616” explores Marvel’s rich legacy of pioneering characters, creators and storytelling to reflect the world outside your window. Each documentary, helmed by a unique filmmaker, showcases the intersections of storytelling, pop culture, and fandom within the Marvel Universe. Episodes in this anthology series will cover topics including Marvel’s world-spanning artists, the trailblazing women of Marvel Comics, discovering the “forgotten” characters of Marvel, and much more.

“Planes” – The world of “Cars” takes flight in “Planes,” Disney’s high-flying animated comedy featuring Dusty, a crop duster with dreams of competing in the greatest air race ever. Will he find the inspiration and courage to be more than he was built for?

These movies and series join Disney+’s growing library of fan-favorites including recent arrivals like “Mulan” with Premier Access, “The Greatest Showman,” “Phineas and Ferb: Candace Against the Universe,” and “Wolverine.”

With the first anniversary of Disney+ on November 12, the service will kick off its second year with even more original entertainment premiering in late 2020 including, but not limited to: “Black Beauty,” a contemporary film adaptation of the classic story starring Mackenzie Foy, Iain Glen and Claire Forlani and the voice of Kate Winslet, “Inside Pixar,” a never-before-seen look into Pixar Animation Studios’ creative process, “On Pointe,” an original docu-series about students of the School of American Ballet and “The Nutcracker” performance at Lincoln Center, and “WandaVision,” the upcoming original series from Marvel Studios.

What are you looking forward to coming to Disney+ this fall?