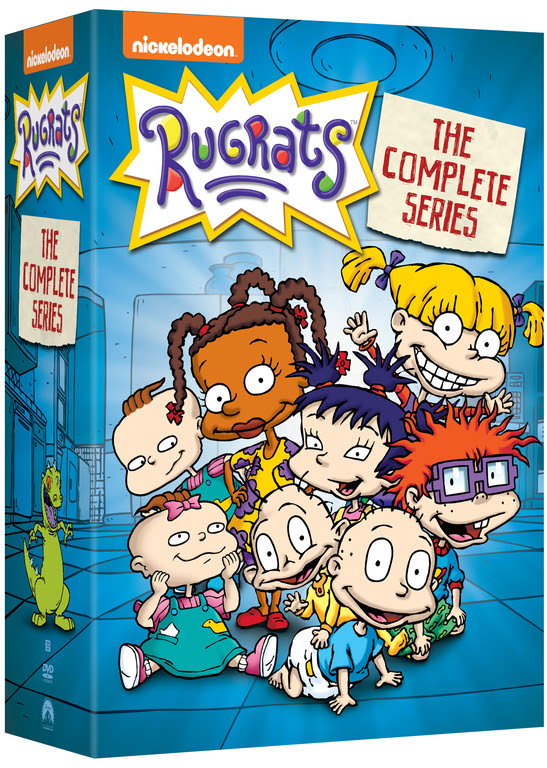 Taking me back to my childhood

Oh my gosh. I cannot tell you how many hours of my childhood I spent watching Rugrats on Nickelodeon, and I cannot believe it premiered 30 YEARS AGO! (What the what!!!) So, I am super duper excited that the complete series is coming to DVD on May 18, 2021, and I can introduce the original show to my kids. Below you will find all of the release info for Rugrats: The Complete Series. (All 67 hours of it!) And stay tuned for my review of the new Rugrats premiering Thursday, May 27th, exclusively on Paramount+.

For the first time, fans will be able to enjoy all nine seasons from the Emmy Award-winning show in one giant, 26-disc collection. Rugrats follows the secret life of babies Tommy, Chuckie, Phil, Lil, Kimi, and Dil, plus toddlers, Angelica and Susie, as they embark on misguided adventures (in reality and their vivid imaginations) right under the noses of their unsuspecting parents and grandparents.

Featuring the voice talents of E. G. Daily (“The Powerpuff Girls”) as Tommy, Tara Strong (“The Fairly Odd Parents”) as Dil, Nancy Cartwright (“The Simpsons”) as Chuckie, Kath Soucie (“Danny Phantom”) as Phil and Lil, Cree Summer (“Robot Chicken”) as Susie, Cheryl Chase (“All Grown Up!”) as Angelica, and more, this collection is perfect for both “growed up” long-time fans and today’s generation of kids to enjoy!

This must be your ducky day! The whole world is a big adventure waitin’ to be ‘splored with all 9 seasons of Rugrats, the classic Nickelodeon TV show, in a 26-disc complete series collection! Tommy, Chuckie, Angelica, Phil & Lil and Susie find themselves in a slew of adventures — both real and imaginary. Baldly go where no baby’s ever gone before as the Rugrats turn the ordinary into the extraordinary every day!

If you are looking for more from Nickelodeon make sure to check out my review of Kamp Koral: SpongeBob’s Under Years HERE.