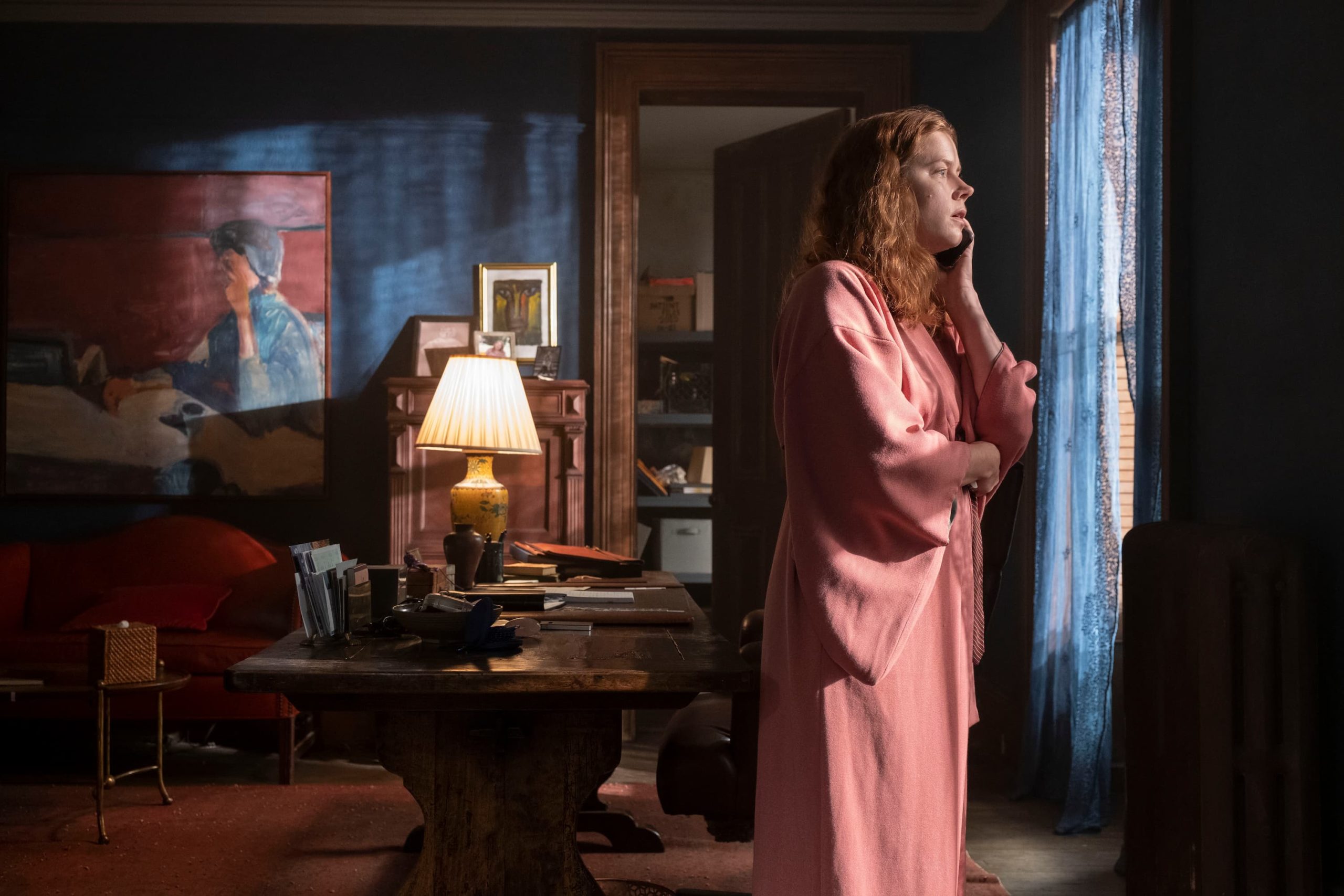 That was literally the first thought I had while watching Netflix’s new movie The Woman in the Window, and I will always have curtains from now on. Haha! In all seriousness, though I, like a bunch of people, have been waiting for this movie to release. It was sadly one of the movies that got pushed back due to Covid-19, but thankfully it found a home on Netflix and will be available to watch starting on May 14, 2021. I got a chance to screen it so here is my The Woman in the Window Movie Review. (Spoiler-Free as always.)

The Woman in the Window Movie Review

The Woman in the Window is based off of a book by the same name. It is supposed to be a murder/mystery/psychological thriller. I love murder/mysteries, and I highly enjoy spending my time watching these kinds of movies. I love trying to figure out who did it, with what, and where. Unfortunately, with The Woman in the Window, there really isn’t much mystery to the murders. Everything is easily set up and shown to you early on in the movie.

Another downside is the movie has such a talented cast, but the majority of the actors don’t get much screen time. Yes, I understand the movie mainly focuses on Amy Adam’s character, Anna, Fox, but when you have the likes of Wyatt Russell, Julianne Moore, Gary Oldman, and Anthony Mackie how can you not give them more screen time? It’s more of a tease to have them in the movie if they are only going to be on screen for 10 minutes.

But there are some high points to the movie

The cinematography is dark but beautiful. I feel the house in which the character Anna Fox lives is a great outward representation of her state of mind. There are multiple levels, it’s older, dark, not kept up, lots of locks, not the cleanest, etc. The camera angles and musical scores also mimic Anna’s state of mind. All meld together so well to set the stage for the movie. But the best part of the movie is Amy Adams.

The highlight of the movie is Amy Adams. Her performance is spectacular, and she had me tearing up during certain scenes. How she portrayed her character really hit home for me in some areas. The whole movie is based on Anna Fox witnessing a crime. While some people just don’t believe her others gaslight her into questioning herself and what she saw. This is done mainly by attacking her at her weakest point which is her mental health. Women the world over can relate to this situation, and it makes the movie and Amy Adam’s portrayal even more compelling.

I give The Woman in the Window a solid B. I enjoyed it, and Chef’s kiss to Amy Adams for her portrayal of Anna Fox. But a movie cannot rely on its main actor alone. It is a little unfortunate the movie is so predictable. The fact I could tell what the ending was going to be within the first 30-45 minutes, and also that they did not make good use of some of the other amazing actors in the film made me a little sad. It’s for these reasons why I did not give it a higher rating.

The Woman in the Window Parents Guide

The Woman in the Window is rated R and is definitely not kid-friendly. There is a lot of prescription drug abuse, adult language, and violence in the movie. I would not recommend it for kids under 17 years of age.

Anna Fox (Amy Adams) is an agoraphobic child psychologist who finds herself keeping tabs on the picture-perfect family across the street through the windows of her New York City brownstone. Her life is turned upside down when she inadvertently witnesses a brutal crime. Based on the gripping, best-selling novel adapted by Tracy Letts, shocking secrets are revealed and nothing and no one is what they seem in this suspenseful psychological thriller starring Amy Adams, Gary Oldman, Anthony Mackie, Fred Hechinger, Wyatt Russell, Brian Tyree Henry, Tracy Letts, Jennifer Jason Leigh, and Julianne Moore.

The Woman in The Window Trailer

If you are looking for another good murder/mystery then I highly suggest Possessions on HBO Max. You can read my review HERE.

The Woman in the Window Movie Review
FacebookTweetPin