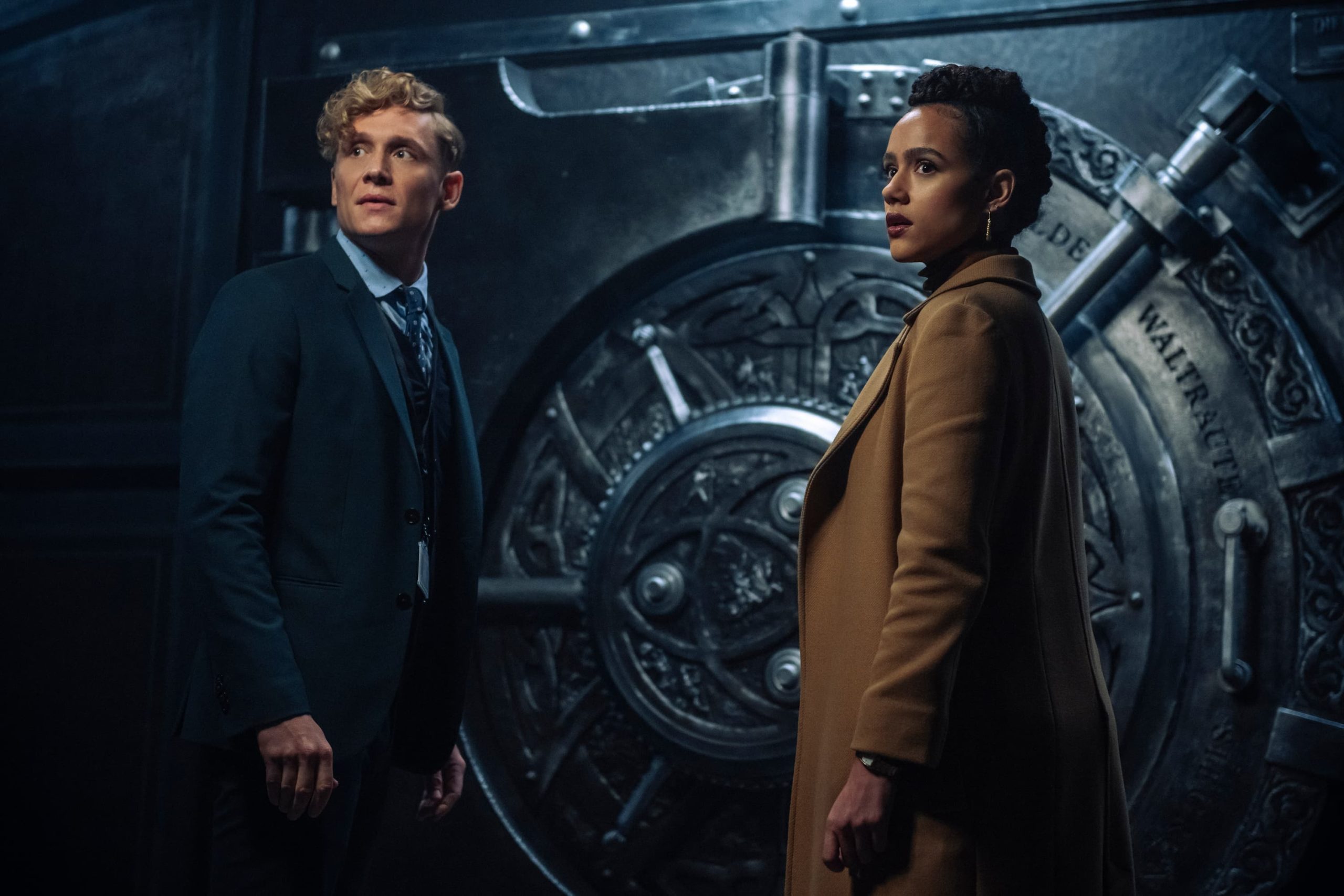 Army of Thieves is supposed to be a heist movie/love story. The movie takes place before Army of the Dead and the zombies have just taken over Las Vegas. As the world looks on in terror it’s the perfect time for a money heist. That is when Sebastian’s (soon to be Dieter) life changes and he joins up with a group of bank robbers. His job is to crack into 3 of the hardest to crack safe’s in the world. As he does this he falls in love with one of the leaders of the heist team, Gwendoline (Nathalie Emmanuel).

While the concept of Army of Thieves is interesting it really isn’t that original, but it is Matthias Schweighöfer as Sebastian/Dieter that really makes the movie special. He is exceptionally funny and 100% makes the movie, and while I love Nathalie Emmanuel I feel the writing for her character was too safe. And the love story they tried to create between her and Sebastian just wasn’t there and didn’t add anything to the story. (It just gave him a reason to go to America.)

Just like the love story the heisting in the movie, while entertaining, could have been much better. What I did find was a nice touch though was the zombies that were thrown into the movie. There were just enough to scare you ever so slightly, but not enough to take away from other parts of the movie. But overall I feel it is a worthy and entertaining back story to one of the best characters in Army of the Dead.

After charming audiences as the wisecracking hero Dieter in Zack Snyder’s zombie blockbuster Army of the Dead, Matthias Schweighöfer takes center stage in the film’s prequel, which he also directs. Ditching the undead, Army of Thieves puts a modern spin on classic heist films with European flair and an unlikely love story. Produced by Snyder and co-starring Nathalie Emmanuel (the Fast and the Furious franchise), Army of Thieves chronicles the harrowing adventures that transformed Dieter from a sheepish German bank teller named Sebastian into the badass safe-cracker who became a fan-favorite character in Army of the Dead.