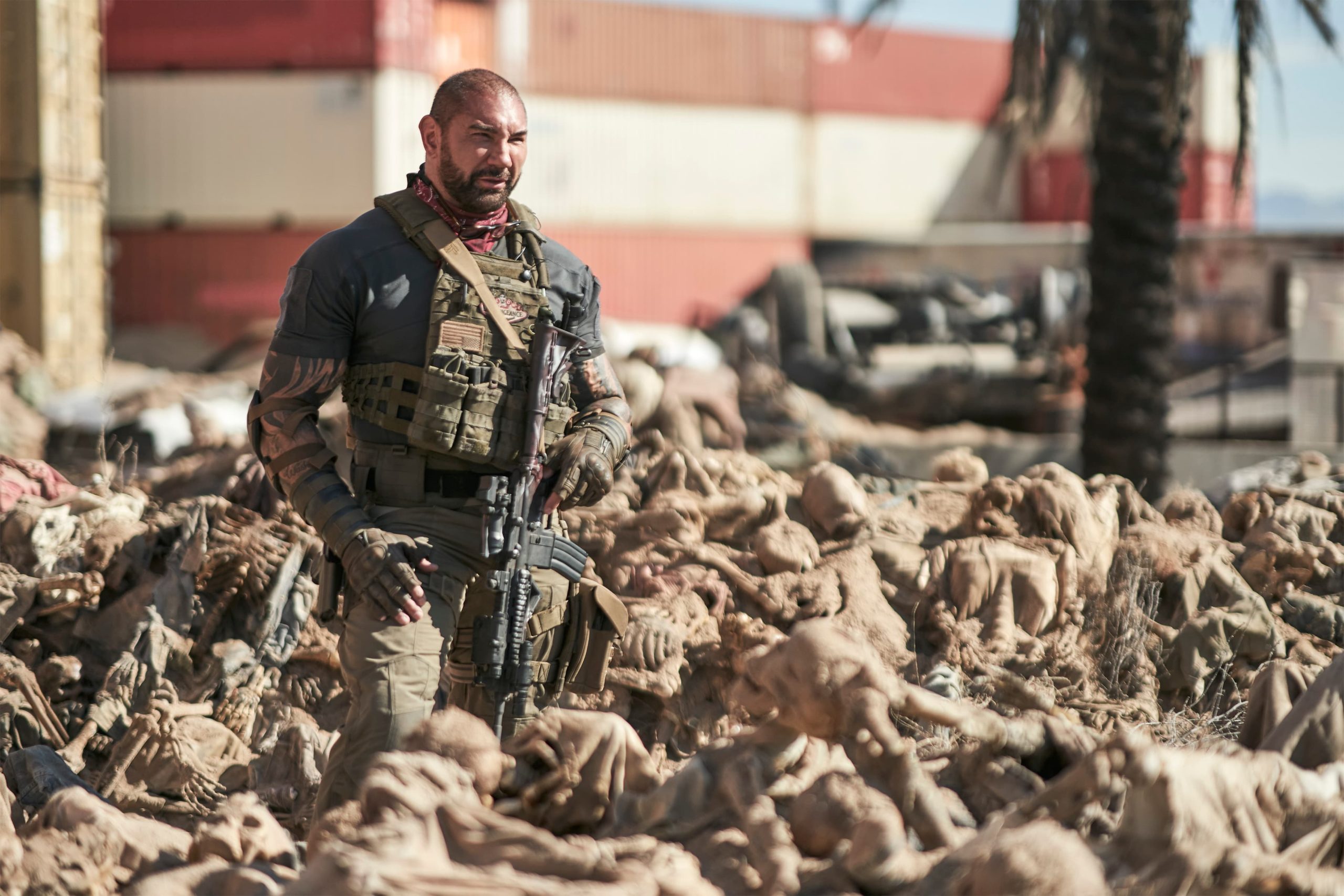 Zombie’s scare the hell outa me

Army of the Dead Review

There are three things I like about Army of the Dead. The visuals, the characters, and a few of the actors. I really like zombie movies that have zombie animals in them. So, I really enjoyed Valentine the tiger zombie. Valentine is a pretty cool character and the fight scenes with Valentine in them are awesome. I also thought the visuals of Vegas as a zombie-decimated town looked good. The intro of the movie of Vegas getting taken over is a lot of fun to watch.

The last things I liked about the movie were the characters and some of the actors who portrayed them. Even though he is not the greatest actor I love Dave Bautista. He is an amazing action star, and I love that he tries to better himself and play different kinds of characters. I am not so thrilled with his character Scott Ward. I feel they did not go in-depth enough for viewers to really attach themselves to his character, but the character had a lot of potentials. (It is unfortunate but I can pretty much say the same thing for all of the other characters in the movie.)

Other characters I liked are Dieter (Matthias Schweighöfer), Lily (Nora Arnezeder), and Peters (Tig Notaro). They had some of the best lines, jokes, and purpose in the movie. Tig’s scenes were a little awkward since you can tell she was added later into the movie, but I thought her character fit in perfectly. (She never really shared scenes with others and it also seemed that every scene she was in that involved others was blurry.) But, on to what I truly disliked about the movie. Haha!

As much as I hate to say it the zombies and story of Army of the Dead are terrible. Usually, zombie movies scare the heck out of me, but the zombies in Army of The Dead, to me, really aren’t zombies. Yes, they craved and ate human flesh and after a person was bitten they eventually turned into a zombie, but zombies do not procreate or try and build their own kingdom! I am totally fine with zombies that are fast, but zombies are dead people once you start adding in zombies who are smart and procreating they are no longer zombies. (At that point they are more vampire or alien-ish.)

Speaking of Aliens… It also seemed like the Alpha zombies in the movie had blue behind their eyes, and the baby was blue so it was almost like they were infected with something. It would not be outside the realm of possibility since the first zombie did come from Area 51, and looked like he was a soldier. He could have been infected with an alien life form and turned into a zombie-like creature.

Time loop or no time loop?!

The other big thing I didn’t like about the movie was the story. Not that it was far-fetched, but that Zack Snyder did so much foreshadowing you knew what was going to happen to everyone before they even entered the city! (The choice of music, and how many times people said only some people would survive gave it away.) Add in the possibility of a time loop. (What?!) Now, I totally don’t hate the idea of a time loop if, in fact, that is what was actually happening.

They did hint that another team had been sent in previously, showed skeletons that looked like the current team, and add on Vanderohe (Omari Hardwick) going through his whole speech tangent about how they “could” be in a time loop. It seemed like the concept of a time loop had been set up. But nothing came of it. If they had just added in some Deja Vue moments for the characters or had Bly Tanaka (Hiroyuki Sanada) sigh and press a button at the end of the movie they could have totally gone with a time loop story and it would have made the movie better. But they didn’t, and I feel the movie suffered from it.

Unfortunately, I give Zack Snyder’s Army of the Dead a C+ rating. While the visuals were great, and some of the characters are funny, the story and zombies are terrible, and I do not really consider it to be a true zombie movie. (Example of exceptional Zombie movies are the Night of the Living Dead series by George A. Romero.) You can’t have a good zombie movie if you have terrible zombies.

Army of The Dead Synopsis

Following a zombie outbreak in Las Vegas, a group of mercenaries take the ultimate gamble, venturing into the quarantine zone to pull off the greatest heist ever attempted.

Army of The Dead Trailer

If you are looking for a good show to watch on Netflix then check out my review of Jupiter’s Legacy HERE.

Army of the Dead Review: A True Zombie Movie?
FacebookTweetPin