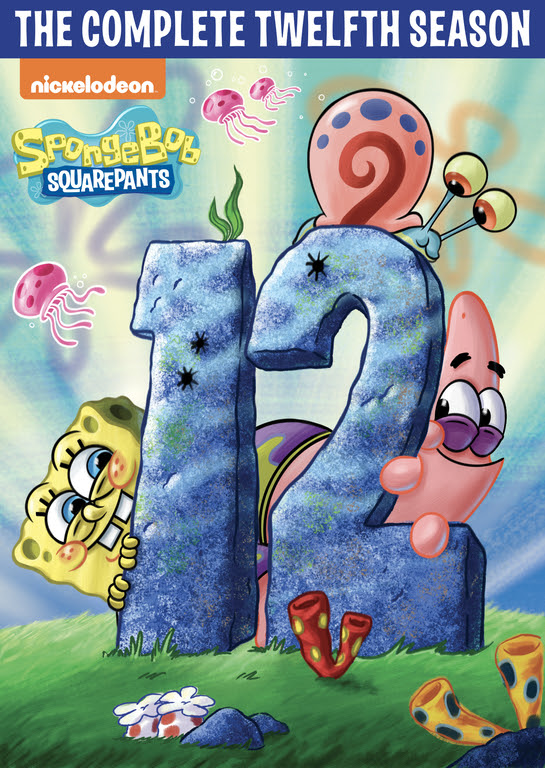 Holy Moly! I cannot believe SpongeBob SquarePants has been on TV for 12 seasons! I mean it seems just like yesterday that we were introduced to that lovable yellow sponge. That is pretty amazing. I mean The Big Bang Theory was on TV for 12 seasons, and it looks like SpongeBob will surpass it. Either way, my kids are super excited to visit the bottom of the sea again. Especially after watching The SpongeBob Musical: Live on Stage! They have a renewed love of that spunky sponge who lives in a pineapple and all his friends. SpongeBob SquarePants: The Complete Twelfth Season is arriving on DVD January 12, 2021, from Paramount Home Entertainment and Nickelodeon Home Entertainment. If you are a fan then here is all of the DVD release info you will need!

Who lives in a pineapple under the sea? SpongeBob SquarePants! Follow the adventures of this enthusiastic, optimistic sponge whose good intentions inevitably lead him and his friends into trouble, even after 12 seasons! Witness Gary try out a new pair of legs to keep up with SpongeBob and Plankton and practice ruling the world in SpongeBob’s aquarium.

Join Plankton as he creates clones of himself and Mr. Krabs, and follow Squidward as he tries out another line of work before SpongeBob and Patrick come to ruin it! Watch as the newly reformed “Clean Bubble” takes a job at the Krusty Krab, and Mrs. Puff, Karen, and Sandy take Pearl to a cabin in the kelp for a fun weekend. Featuring a grand collection of season 12’s hilarious episodes, including “SpongeBob’s Big Birthday Blowout,”.