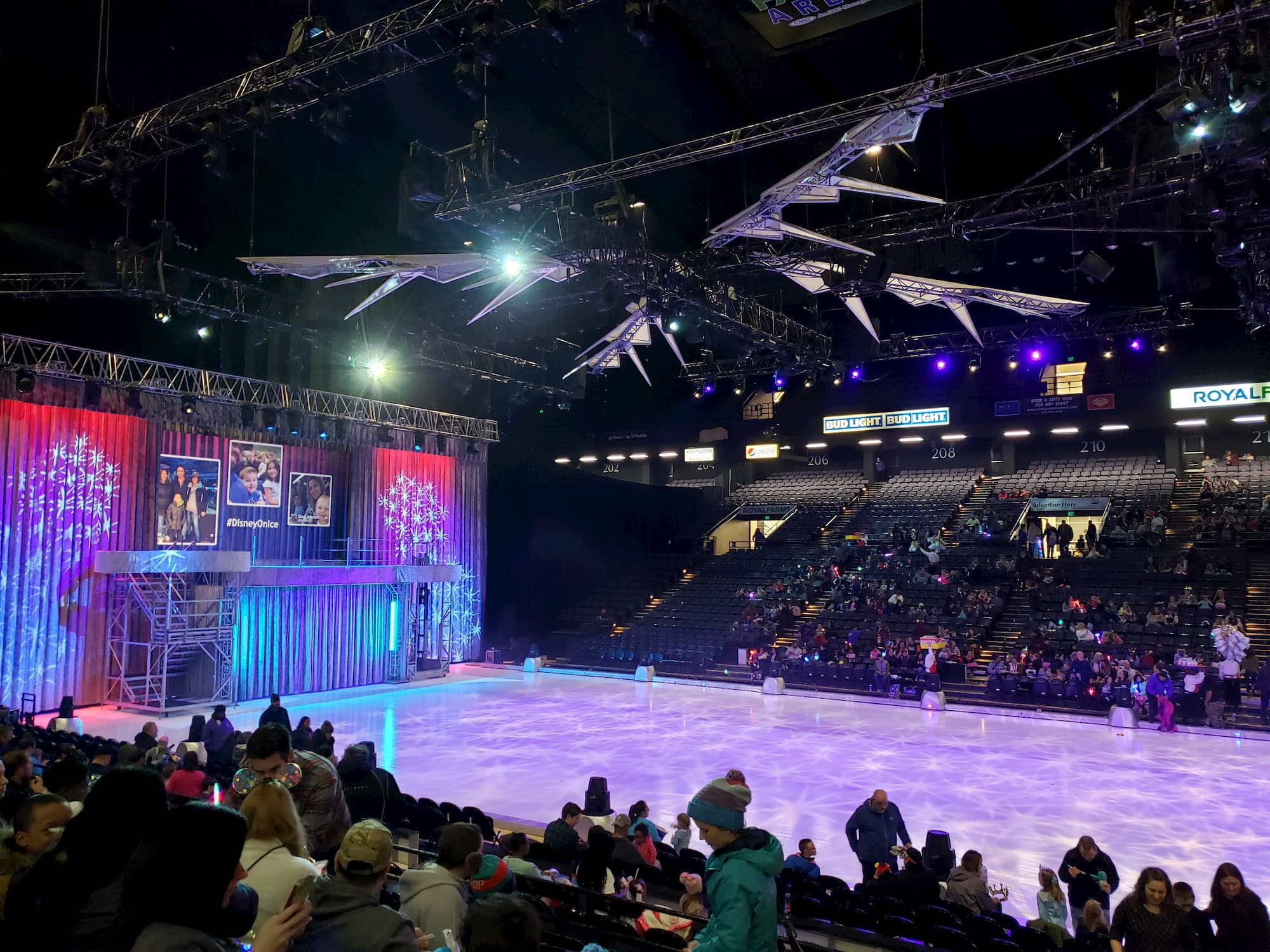 My Favorite Disney On Ice Show So Far!

I am a Feld Family Ambassador. In exchange for my time and efforts in attending shows and reporting my opinion within this blog, as well as keeping you advised of the latest discount offers, Feld Entertainment has provided me with complimentary tickets to Feld shows and opportunities to attend private Feld pre-Show events.

Mickey Mouse is joined by Minnie Mouse, Donald Duck and Goofy on a journey to discover his favorite memory of all time. Using Mickey’s “Mouse Pad,” show hosts encourage fans to be part of the action and help the gang venture though Disney stories, sharing memorable moments from treasured tales.

Since we have never been before I did not know what to expect going into the VIP pre-show media event. But like I said it was a nice little treat. We had a meet and greet with Mickey Mouse, food, coloring activities, and little gifts for the kids. The food that was offered was spot on for kids, and it gave my kids time to get extra excited about the show. There is a VIP ticket add-on called, Get Ready For The Ball With Cinderella and Guest Mickey, you can purchase with your tickets. It includes a meet and greets with Mickey Mouse and Cinderella, activities, take-home accessories, and more!

How Interactive Is It?

Along with not having as many aerial performances, Disney On Ice presents Celebrate Memories, also did not have as much audience interaction as other Disney On Ice shows. There were some children who got to go on the ice, but not nearly as many as other shows. Also, there were no balls thrown into the crowd or performers coming into the crowd. BUT that did not take away anything from the show.

The performance was amazing as always. The skaters are so talented, and the music and imagery that is used just brings the different Disney movies/characters to life. I always love it when the Frozen segment comes on because the crowd goes wild and everyone starts to sing-a-long to “Let it Go.” I do feel Disney On Ice presents Celebrate Memories is a smaller production in comparison to other Disney On Ice shows. There was less audience interaction, smaller group skating sessions, and fewer aerial performances and special effects. But it was still a fantastic show and I would go again in a heartbeat!

Tips for your next Disney On Ice show

While we saw Disney On Ice presents Celebrate Memories at Royal Farms Arena in Baltimore where ever you see the show definitely try and arrive early so you can find your seats and then go get a snack. It is a little dark, like a movie theater, and loud. So, if you have children who get overstimulated easily bring noise-canceling headphones or something to distract them with till the show starts. Also, bring extra cash for snacks and souvenirs.

You can see what Disney On Ice shows will be coming to your town HERE. (As well as purchase tickets.) Disney On Ice presents Celebrate Memories will be at Royal Farms Arena until 2/9.

Have you been to see a Disney On Ice show? If so which one? How was it? If you have any questions I would love to hear about it in the comments!