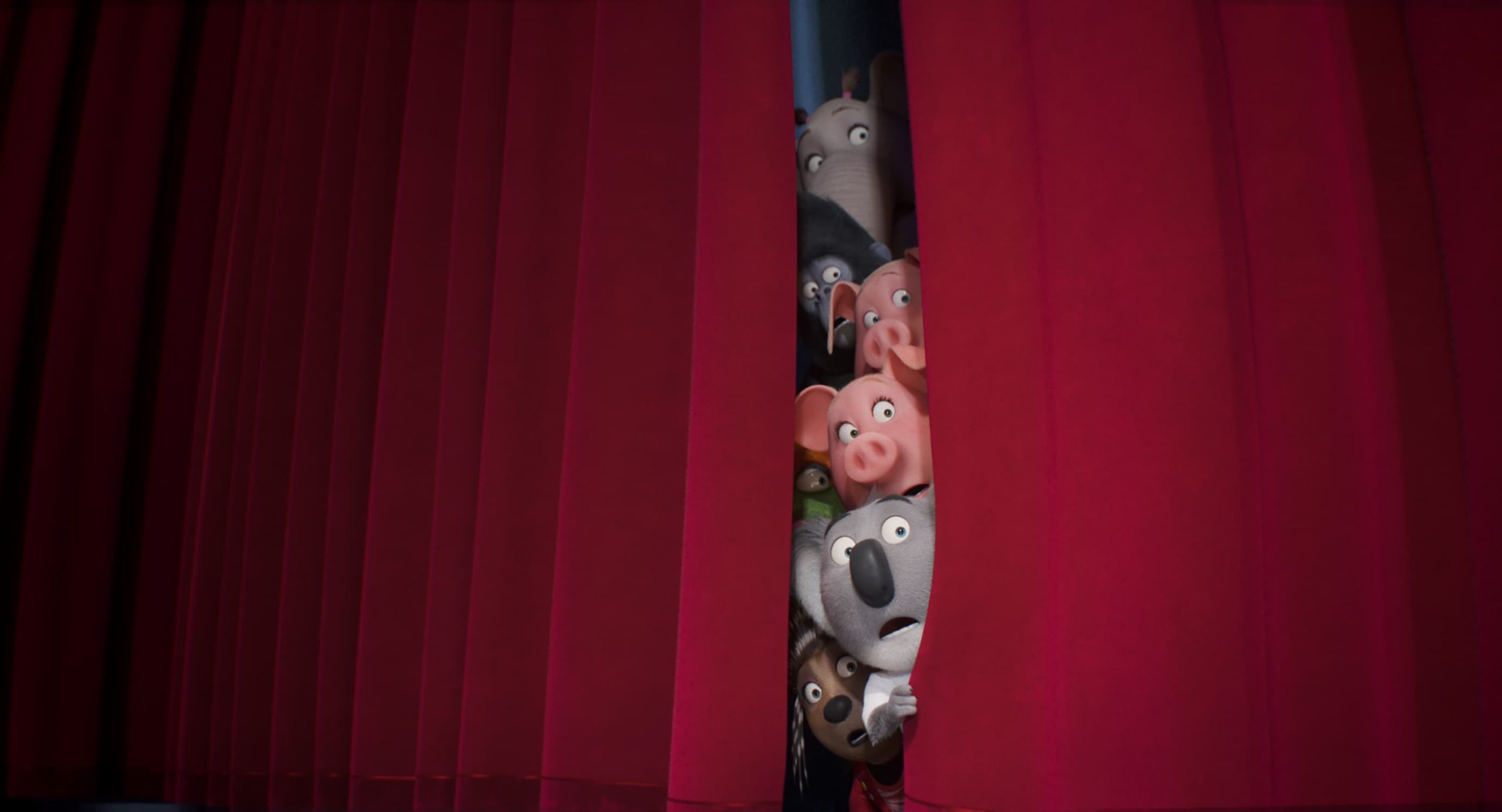 Buster Moon and friends are back!

That’s right. The lovable Buster Moon and all of your favorite characters from Sing are back with even more music and big dreams. We love Sing in our house and have probably watched the movie at least 50 times since it was first released. So when we saw that there was going to be a Sing 2 we were so excited! Well, we got a chance to screen Sing 2 and I have some thoughts. Sing 2 hits theaters on December 22, 2021, but you can read my Sing 2 movie review below! (Spoiler-free)

I gotta say I am slightly disappointed in Sing 2. While it is a very entertaining movie filled with amazing music and talent it had the potential to be better than the first Sing, but it just couldn’t get there.

The music is what makes the Sing movies so amazing. While I feel the song selection for Sing 2 isn’t as strong as the first movie the music still had my kids up on their feet singing and dancing. My oldest has been singing this girl is on fire all day today as well as stick dance fighting. Haha! But at the end of the first Sing movie, you had that one song that Meena sang that just blew everything and everyone away. I don’t feel Sing 2 has this. They tried, but it just didn’t deliver or evoke as much emotion as the first movie. It is the same with the story.

In the first movie, Buster Moon (Matthew McConaughey) claws his way from the bottom to the top and it is such a heartfelt story. Sing 2 doesn’t have the same kind of feel-good story. Yes, Sing 2 will still have you rooting for your favorite characters and cheering at the end of the movie for them. But the movie, I feel, made a big misstep in the story by putting a lot of violence in the movie.

There were so many characters in the movie who are bullies and actually want to physically hurt the main characters. It was hard to watch at some points. (A couple of times my 3-year-old closed her eyes and couldn’t watch because she was scared.) I understand that the main message of the movie is to learn to stand up for yourself, have confidence in yourself, and never give up. But the character of Jimmy Crystal voiced by Bobby Cannavale went a little too far for a kid’s movie. (There are other ways to advance a story other than violence.)

On the flip side, it was amazing to see and hear all of the main characters from the first film. Rosita (Reese Witherspoon) is a favorite in our house and she continues to be after Sing 2. But the standout characters in Sing 2 are most definitely Gunter (Nick Kroll) and Miss Crawly (Garth Jennings). Both characters are hilarious and steal the show whenever their characters are in a scene. (The end credits crawl animation with Miss Crawly had my kids rolling around laughing so hard.)

While not better than the first movie, Sing 2 is still an entertaining crowd-pleaser full of amazing music and laughs. I think Sing 2 will do well enough for them to possibly make a third movie, and I hope they do. But overall, I give Sing 2 a B-. Sing 2 also stars Scarlett Johansson as Ash, Taron Egerton as Johnny, Tori Kelly as Meena, and Bono as Clay Calloway.

Sing 2 is rated PG, but I feel the movie really pushes this rating. As I mentioned above I was very shocked as to how much violence is actually in the movie. Especially compared to the first movie. If you have children who love the first Sing movie but are sensitive towards bullying, fighting, and peril then you might want to skip Sing 2 and just stick with the first movie.

This holiday season, the new chapter in Illumination’s smash animated franchise arrives with big dreams and spectacular hit songs as the ever-optimistic koala, Buster Moon, and his all-star cast of performers prepare to launch their most dazzling stage extravaganza yet …all in the glittering entertainment capital of the world. There’s just one hitch: They first have to persuade the world’s most reclusive rock star—played by global music icon Bono, in his animated film debut—to join them.

Looking for another movie to watch for family movie night? Make sure to check out The Croods: A New Age HERE.