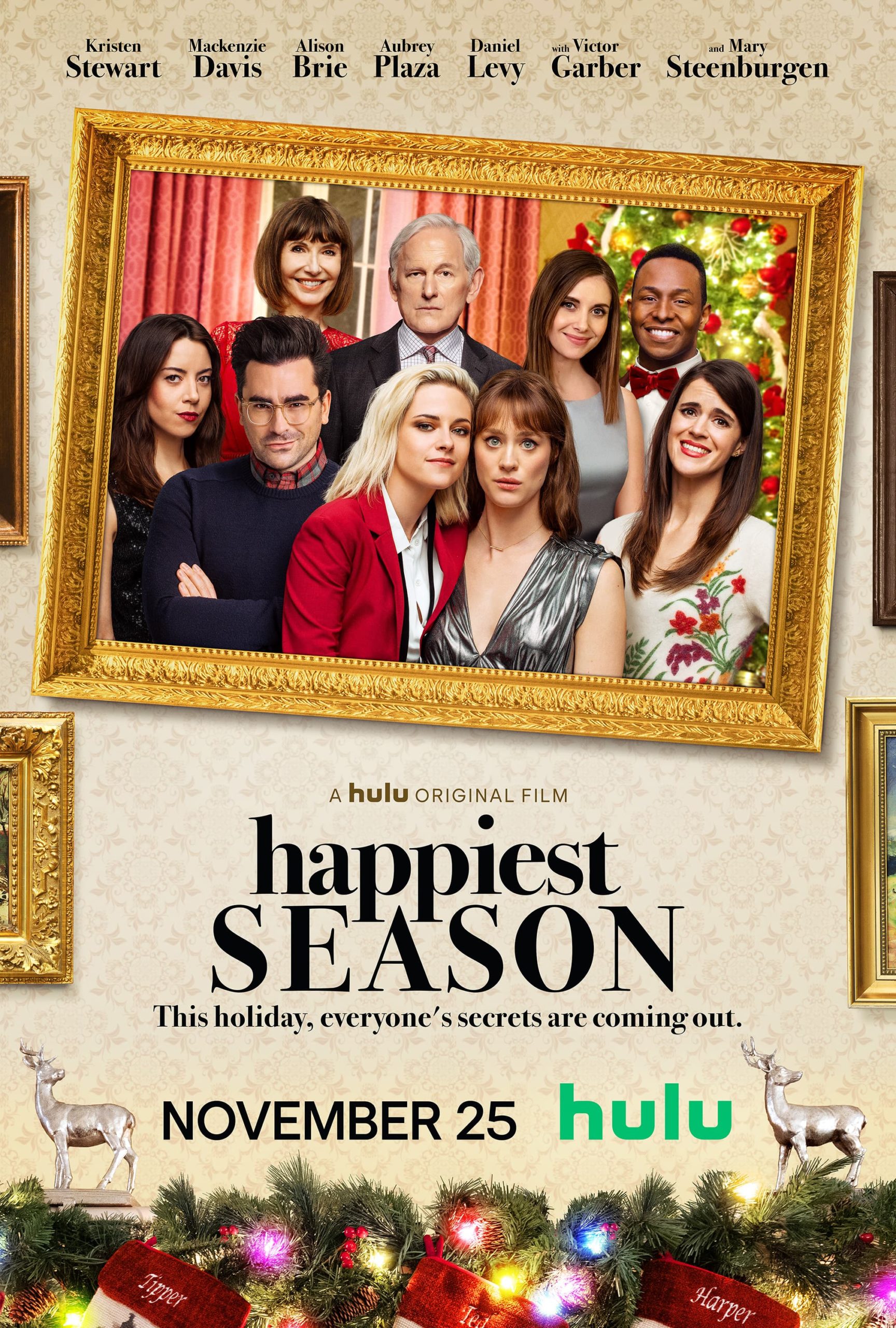 The Holiday’s are nice, but they make some people naughty

I don’t know what it is about the holidays, but they can do 1 of 2 things to people. They can bring out everything nice in them, or the holidays can bring out the not so nice. Part of the reason people might be a little bah humbugish is the stress around the holidays, and of course, then there is family. We all know family can stress one out all year-round, but for some, it is magnified x10 during the holidays. (When the nog comes out the claws come out. Haha!) Family is at the center of Hulu’s new Christmas movie, Happiest Season. I had a chance to watch it and I have some thoughts. Here is my spoiler-free review of Happiest Season. Coming to Hulu on November 25, 2020.

Happiest Season is the most relatable Christmas movie I have watched in a while. The movie is not focused on Christmas cheer or people rediscovering the meaning of Christmas. No, it is about family, learning not to live up to someone else’s expectations, and just being who you are and being proud of it. Kristen Stewart stars as Abby and I spent the whole movie rooting for her character because her character is so relatable.

I mean how many people can look back to at least 1 holiday where they went to visit a significant other’s family and it just was not the best visit. (I know I can.) While watching Happiest Season I was reminded of that time, and I felt so many emotions for Abby. I wanted to scream for her, I wanted her character to run away from the situation, and I wanted to give Abby the biggest hug I could. (It was almost like watching a scary movie where the audience can see the bad guy creeping up on the main character, and you are screaming at them to run. Haha!)

Being true to one’s self

On the flip side, in a way, I also understand Harper’s (Mackenzie Davis) situation. Throughout the movie, you can tell she loves Abby, but Harper is fighting with her family and herself. Sometimes literally with her sister Sloane (Alison Brie), and other times not. Harper is concerned about outward appearances and expectations she feels her parents have put on her. (Still doesn’t mean I agree with how she treats Abby though. Haha!) But many can also relate to Harper’s situation. Many children want to make their parents happy, and some will do anything to keep that approval. Even sacrifice and risk losing things or people they love. If anything though Harper’s situation in the movie teaches us to be true to ourselves, and that it is not our job, nor responsibility, to make/keep other people happy. Especially if we are hurting ourselves to make other people happy.

Dan gets his own section here. Haha! He is amazing, and his character, John, in Happiest Season is amazing. Dan Levy as John is hysterically funny and the best friend anyone could ask for. (Even the weird tracking thing is hilarious. Haha!) John and Abby are friend goals, and I love how John is not the type of friend who forces their views on people.

John gives Abby counsel but gives her space so that she can digest what is going on and what decisions she wants to make. But then he is there in a heartbeat when she needs him the most. My favorite part of Happiest Season is when John has a heart to heart talk with Abby near the end of the movie about Harper. He lays out the situation and explains everything so eloquently. Happiest Season would not have been as good a movie if it didn’t have Dan Levy in it.

In the end, I really enjoyed Happiest Season and I give it a solid B+. The movie did not fill me with Christmas Cheer, but it was heartfelt and real. It is a movie worth adding to your holiday movie watch list. Happiest Season also stars Aubrey Plaza, Mary Holland, Burl Moseley, Victor Garber, and Mary Steenburgen.

Meeting your girlfriend’s family for the first time can be tough. Planning to propose at her family’s annual Christmas dinner — until you realize that they don’t even know she’s gay — is even harder. When Abby (Kristen Stewart) learns that Harper (Mackenzie Davis) has kept their relationship a secret from her family, she begins to question the girlfriend she thought she knew. Happiest Season is a holiday romantic comedy that hilariously captures the range of emotions tied to wanting your family’s acceptance, being true to yourself, and trying not to ruin Christmas.

If you are looking for more from Hulu make sure you check out my review HERE for the new Animaniacs.