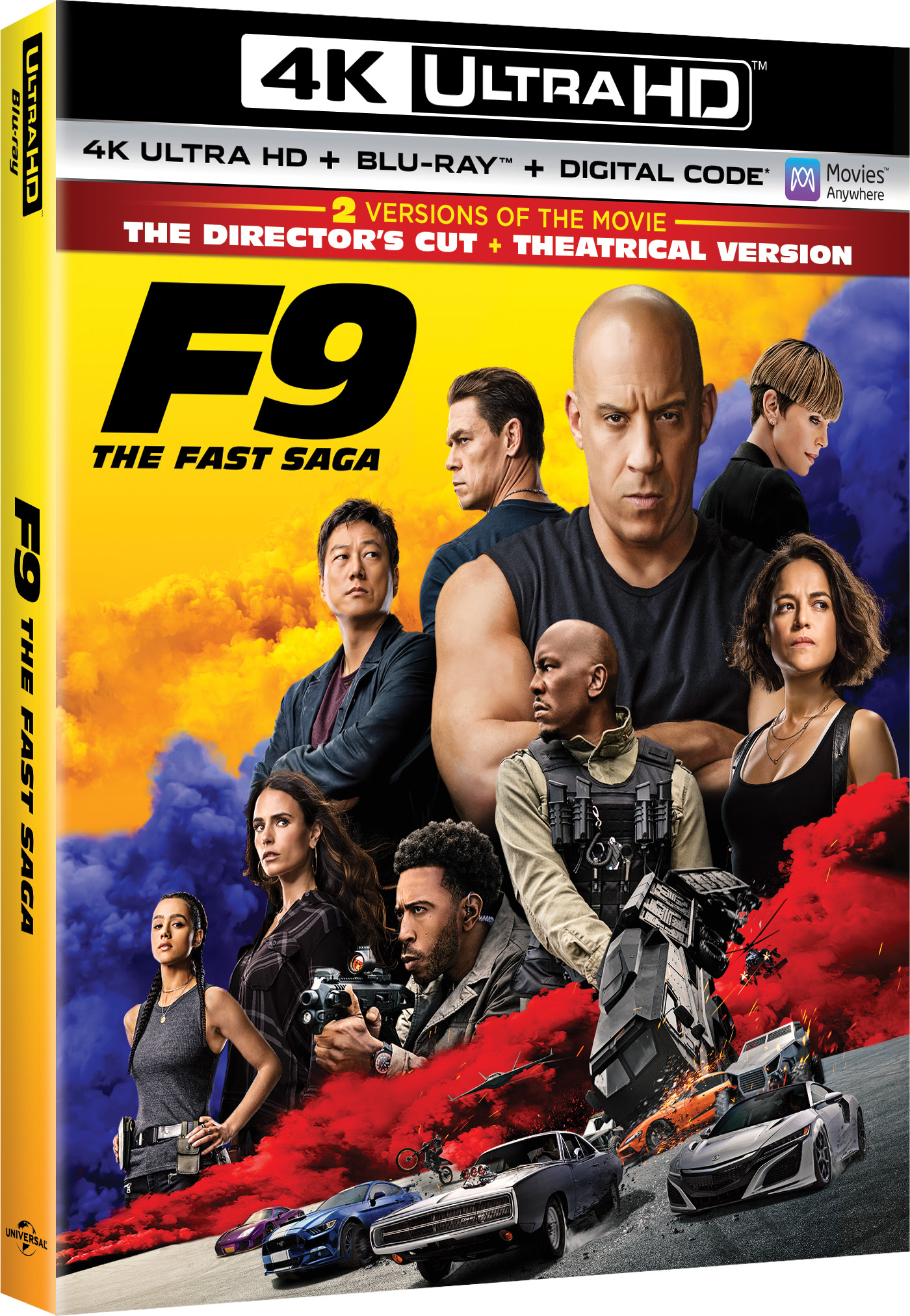 The Fast & The Furious franchise is like the Olive Garden and its never-ending pasta bowl. There are only so many options, but it never ends and is so damn good. But most importantly it’s all about family. Haha! Seriously, I will still be watching when there is an F25 and beyond. I love Dom and all the family, and I cannot get enough of the non-stop action and crazy stunts that go on in the movies. (Plus John Cena!) If you are a fan of F9 The Fast Saga then you can rejoice because it is out on digital, 4k UHD, Blu-ray, and DVD NOW. You can find all of the F9 The Fast Saga Blu-ray Release info below!

Dom Toretto (Vin Diesel) thought he’d left his outlaw life in the rear-view mirror, but not even he can outrun the past. When his forsaken brother Jakob (John Cena, Bumblebee) unexpectedly resurfaces as an elite assassin, the crew comes back together to help Dom confront the sins of his own past and stop a world-shattering plot. Franchise veteran Justin Lin returns to the director’s seat for F9 and delivers this supercharged version of the hit film. From extended action to spectacular scenes that weren’t shown in theaters, F9: The Director’s Cut explodes with additional content that can only be experienced on home entertainment!

If you are looking for something for the kids to watch while you have a Fast & The Furious marathon then make sure to check out info on The Croods: A New Age HERE.