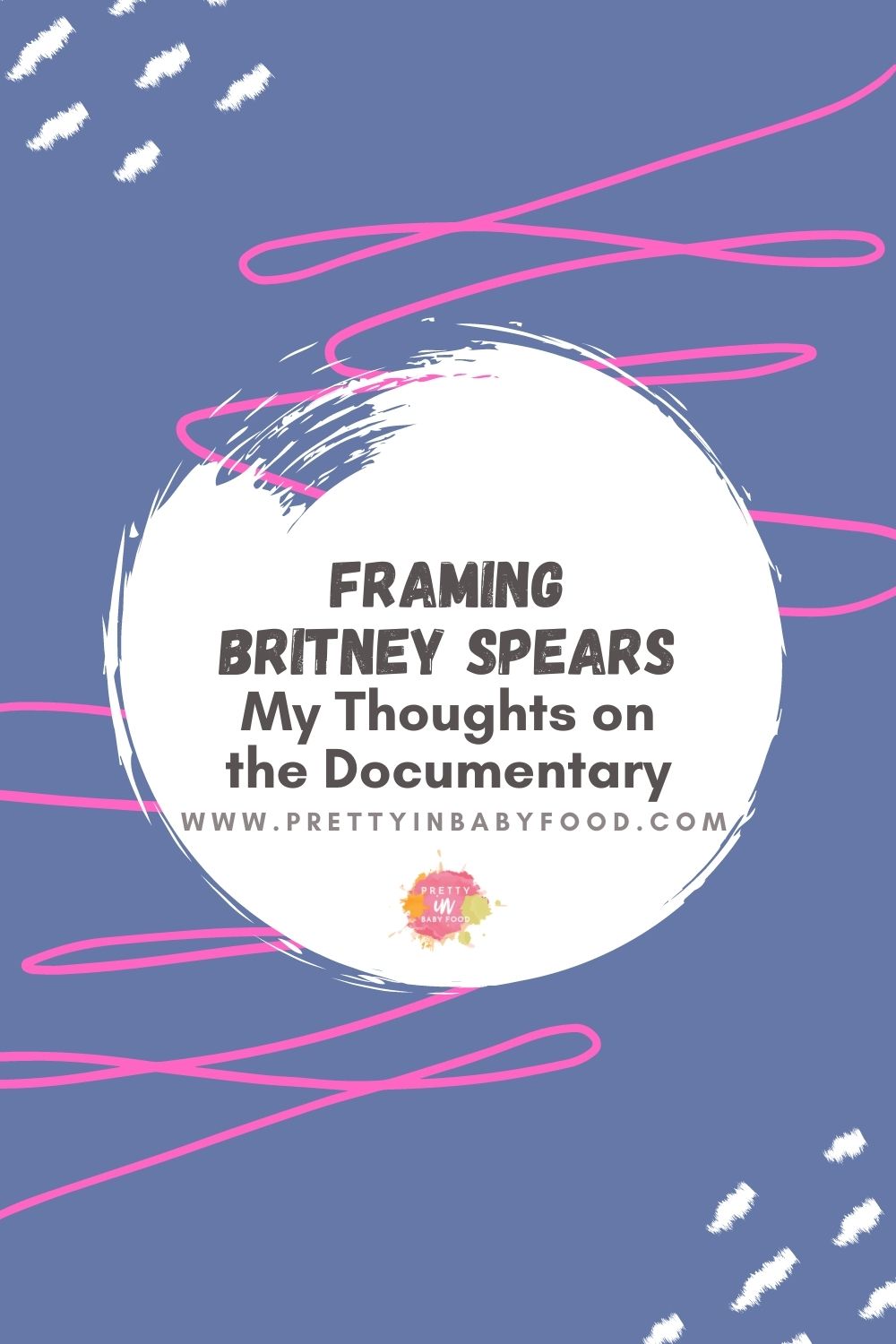 While everyone was watching the Super Bowl half-time show I decided to watch The New York Times Presents: Framing Britney Spears documentary. I thought I would watch it for just the half-time show and then pause it to go back to the game, but I never watched the second half of the Super Bowl. I couldn’t turn the documentary off, and I have so many thoughts and feelings about it. So much so that I woke up the next day still thinking about the documentary and I needed to write about it to get everything off my chest. So, here are all of my thoughts on the documentary Framing Britney Spears

Growing up with Britney Spears

Like many people, I grew up listening to Britney Spears. When her first hit was released I was just entering teenagerhood. I grew up watching her on TV and seeing her on the cover of tabloids at the grocery store. Because I was young I sadly never really stopped to think about what she was going through, or what other people were putting her through. I just saw another celebrity on TV who was having issues and whose career was in a downward spiral.

Now that I am older, have experienced more of life, and have kids I have a different view of what happened to Britney. Now because I have those different views watching Framing Britney Spears really hit me hard. Yes, I understand no one but those involved in the whole situation such as Britney, her family, her Doctors, and lawyers know 100% of what is going on, but the documentary is a prime example of how our society fails people. Here is why.

In our society, we do not have enough support for those who are going through mental health struggles, especially, minors and new mothers. Britney basically grew up while the world watched. She was criticized for how she dressed, danced, etc. Some people thought she was too provocative for her age and the age group she was trying to reach. I get it, but the amount of hate and bullying she received for that was uncalled for. It is hurtful in more ways than one. Can you imagine what that can do to a kid mentally? Many parents can, and many kids end up with depression and anxiety because of bullying.

Fast forward to when Britney became a mom she not only had to recover from having 2 kids back to back but then she went through a divorce all the while being watched by the whole world. (It’s quite possible she was going through postpartum depression, but no one seemed to care.) Yes, she made some mistakes but looking back at everything that happened it is obvious she needed some support.

Paparazzi and the Media

One of the areas she obviously wasn’t going to get support from was the paparazzi and the media. We as a society are a sponge for celebrity drama. If we see a celebrity train wreck we cannot look away, and we are not providing help. Drama and bad pictures of celebrities sell, and the paparazzi will do almost anything to get the shot. (May I remind you of Princess Diana.) The media was also terrible to Britney. I cannot believe the questions asked of Britney pertaining to her virginity, and more. Who cares! It’s no one’s business! I feel like I could go on and on about all of the terrible things Britney went through.

Of course, we need to talk about the conservatorship. I am not a lawyer and don’t have all of the facts about Britney’s case, but the whole situation seems a tad bit fishy. The fact Britney hasn’t wanted her Dad to be in charge, and now has refused to perform till he is removed I feel speaks volumes. In the end, I just hope Britney gets to live the life she wants

If you get a chance I do hope you will check out Framing Britney Spears. It is out now on Hulu.

Framing Britney Spears: My Thoughts on the Documentary
FacebookTweetPin