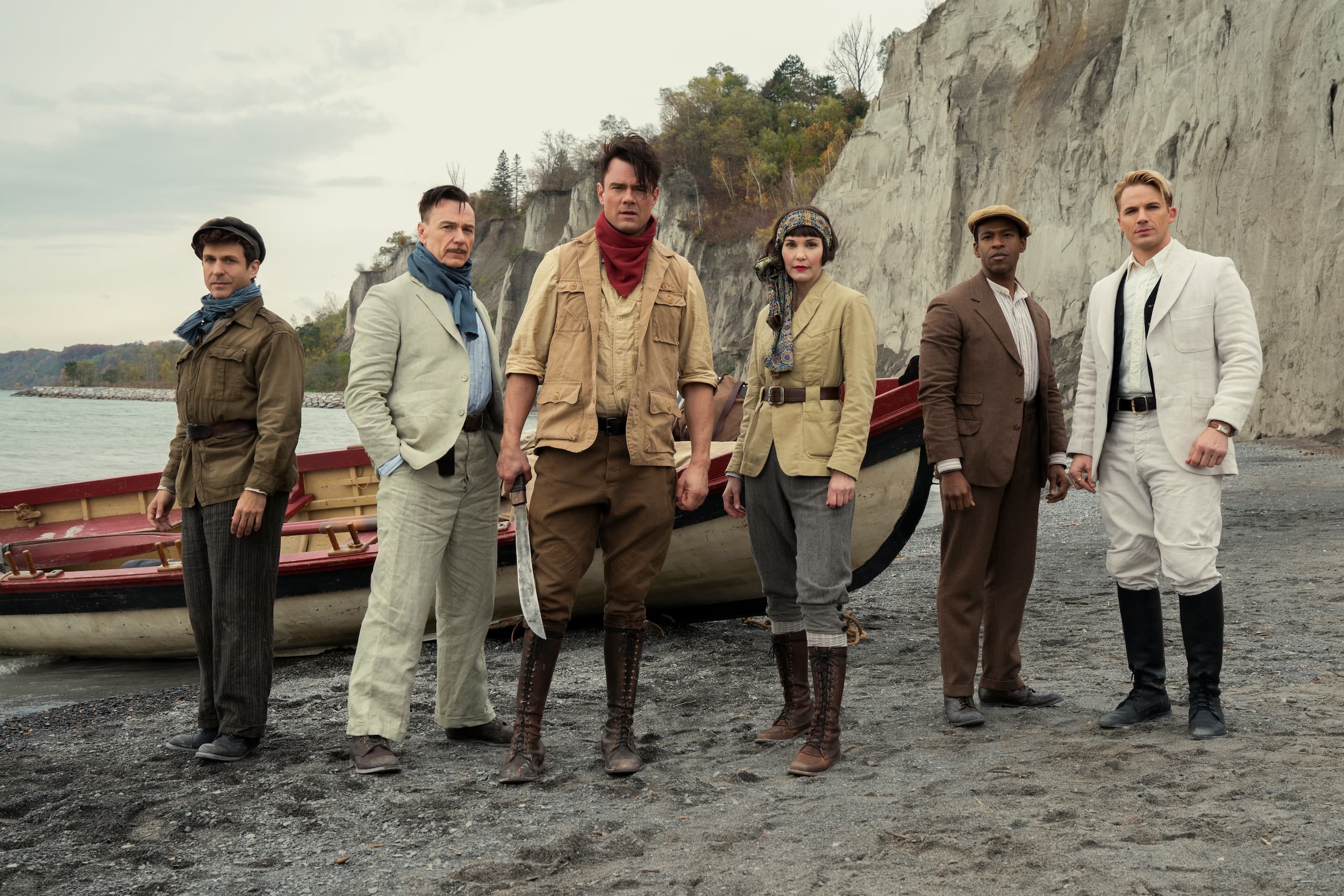 It’s true, and I love it, even more, when the show hit’s on topics other superhero movies/shows do not. Jupiter’s Legacy does just this and in a way that is action-packed and highly entertaining. (With tons of great twists as well!) Jupiter’s Legacy is out on Netflix today. Here is my spoiler-free Jupiter’s Legacy Review!

Netflix’s new show, Jupiter’s Legacy, is based on the graphic novels by Mark Millar and Frank Quitely. So, some may already know what is going to happen in the show, but either way, it is a treat to watch. The show introduces us to the Sampson family and the Union of Justice. A group that is comprised of first-generation superheroes and their kids. Sheldon Sampson aka The Utopian (Josh Duhamel) is the leader of the Union and the strongest of the superheroes. He runs the Union by a code. The superheroes are not to kill, meddle in politics, etc. It’s a form of checks and balances to keep superheroes from taking over the world or becoming bad guys. But the first season of Jupiter’s Legacy has 4 main parts to it, and they are all struggles and really make you stop and think.

The second-generation superheroes really don’t believe in the code anymore. They feel it is outdated, and since the supervillains do not have a code the young superheroes feel the code puts them at a disadvantage and in harm’s way. This back and forth about the code is a big part of Jupiter’s legacy and really makes you think about right and wrong. While this theme of right and wrong is a constant in superhero stories, personally, I feel Jupiter’s Legacy does a really good job of discussing the topic and showing the individual superheroes and their struggles with the code.

Intertwined with the code is how the second generation of superheroes have really big shoes to fill, and they seem unsure if they can. As the first generation of superheroes are aging they are trying to ready their children to take up their mantles one day. Their kids really want to impress and live up to their parent’s image and ideals, but it’s tough. We see that in Brandon Sampson aka Paragon, and Chloe Sampson. Chloe has shunned being a superhero altogether, and Brandon seems to have the impossible task of trying to be just like his father. For me, Jupiter’s legacy did a fantastic job showing us what teenage/ young adult superheroes would be like and their struggles.

There is always a beginning

Another big part of the show is how the original superheroes, The Utopian (Josh Duhamel), Lady Liberty (Leslie Bibb), Brainwave (Ben Daniels), The Flare (Mike Wade), Skyfox (Matt Lanter), and Bluebolt (David Julian Hirsh) get their powers in the first place. It shows their own struggles and what they had to do to acquire their superpowers. (These struggles also sew the seeds for the conflict in this season and future ones.) One of the only things about the show I really didn’t care for though was the time jumps back and forth between the present-day and the 1930s. I understand why they are there because the two stories parallel each other in a way, but sometimes the jumping back and forth was too much.

I give Josh Duhamel high marks for his portrayal of Sheldon Sampson (The Utopian). I love him as the character and feel he did a phenomenal job. His character goes through A LOT in the show and Josh Duhamel rose to the occasion. He really is the stand-out in the show, and I personally feel his best performance I have seen to date. A close second is Leslie Bibb as Lady Liberty and Ben Daniels as Brainwave.

But one of the reasons I really like Jupiter’s Legacy is because it humanizes its superheroes. We see them grow old, get hurt, struggle and run into parenting difficulties with their kids. Showing us that even though they have superpowers they are not immune to life or parenting woes. I give Jupiter’s Legacy a B+. My only qualm is how much they go back and forth between time eras to tell the story. If it didn’t have all of those time jumps I feel it would have elevated it to an A. Jupiter’s Legacy seems to have almost everything you could ask for in a superhero show. It has great action and acting, decent special effects, and an awesome story. I really enjoyed the first season, and I hope they make a second season.

Jupiter’s Legacy age rating is TV-MA which means it may not be suitable for ages 17 and under, and it’s not. Haha! There is a lot of blood/gore, adult language, violence, death, sex, and drugs. So, I do not recommend this show for young viewers.

I hope you enjoyed my Jupiter’s Legacy Review. If you watch the show I would love to hear if you like it. Let me know in the comments!

After nearly a century of keeping mankind safe, the world’s first generation of superheroes must look to their children to continue the legacy. But tensions rise as the young superheroes, hungry to prove their worth, struggle to live up to their parents’ legendary public reputations — and exacting personal standards. Based on the graphic novels by Mark Millar and Frank Quitely, Jupiter’s Legacy is an epic superhero drama that spans decades and navigates the complex dynamics of family, power, and loyalty.

If you are looking for another great movie to watch on Netflix make sure to read my The Mitchells vs. The Machines review HERE.