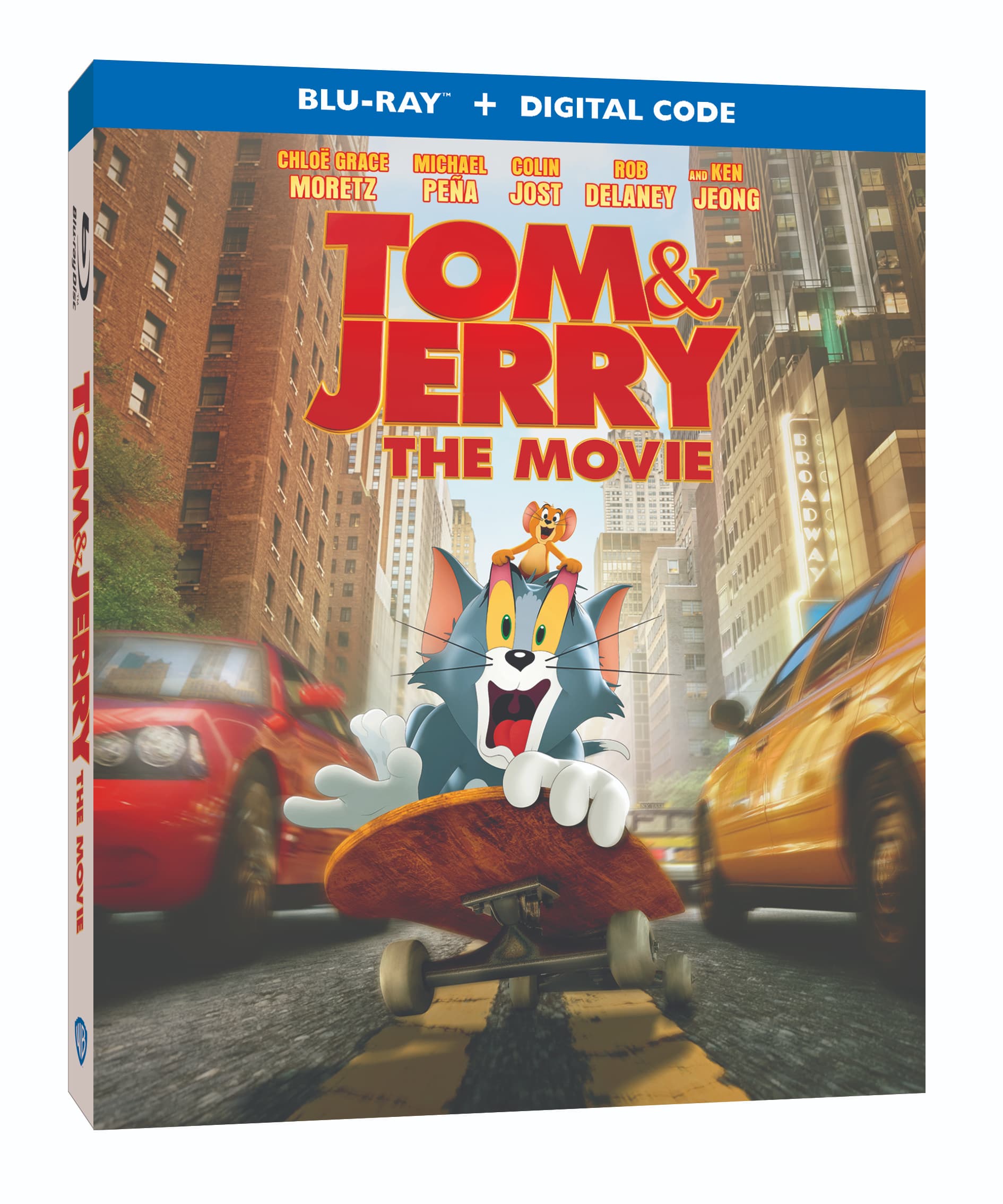 My kids and I really enjoyed the new Tom & Jerry movie. (You can read my full movie review HERE.) We even had the amazing chance to interview the film’s director Tim Story. (You can read and watch our interview HERE.) My kids still talk about the new Tom & Jerry movie so I am so excited it is coming to Blu-ray, DVD, and Digital. While the movie is out on PVOD now it will be releasing on Blu-ray, DVD, and Digital on May 18th. And of course, with a Blu-Ray release, that means Special Features! Below are all of the special features (over an hour) you can look forward to seeing. Will you be adding Tom & Jerry to your Blu-ray, DVD, or Digital library? (Oh, and if you kids are fans of Tom & Jerry don’t forget about this cool activity packet full of games and more. You can find it HERE.)

One of the most beloved rivalries in history is reignited when Jerry moves into New York City’s finest hotel on the eve of “the wedding of the century,” forcing the event’s desperate planner to hire Tom to get rid of him, in director Tim Story’s “Tom and Jerry.” The ensuing cat and mouse
battle threatens to destroy her career, the wedding and possibly the hotel itself. But soon, an even bigger problem arises: a diabolically ambitious staffer conspiring against all three of them.