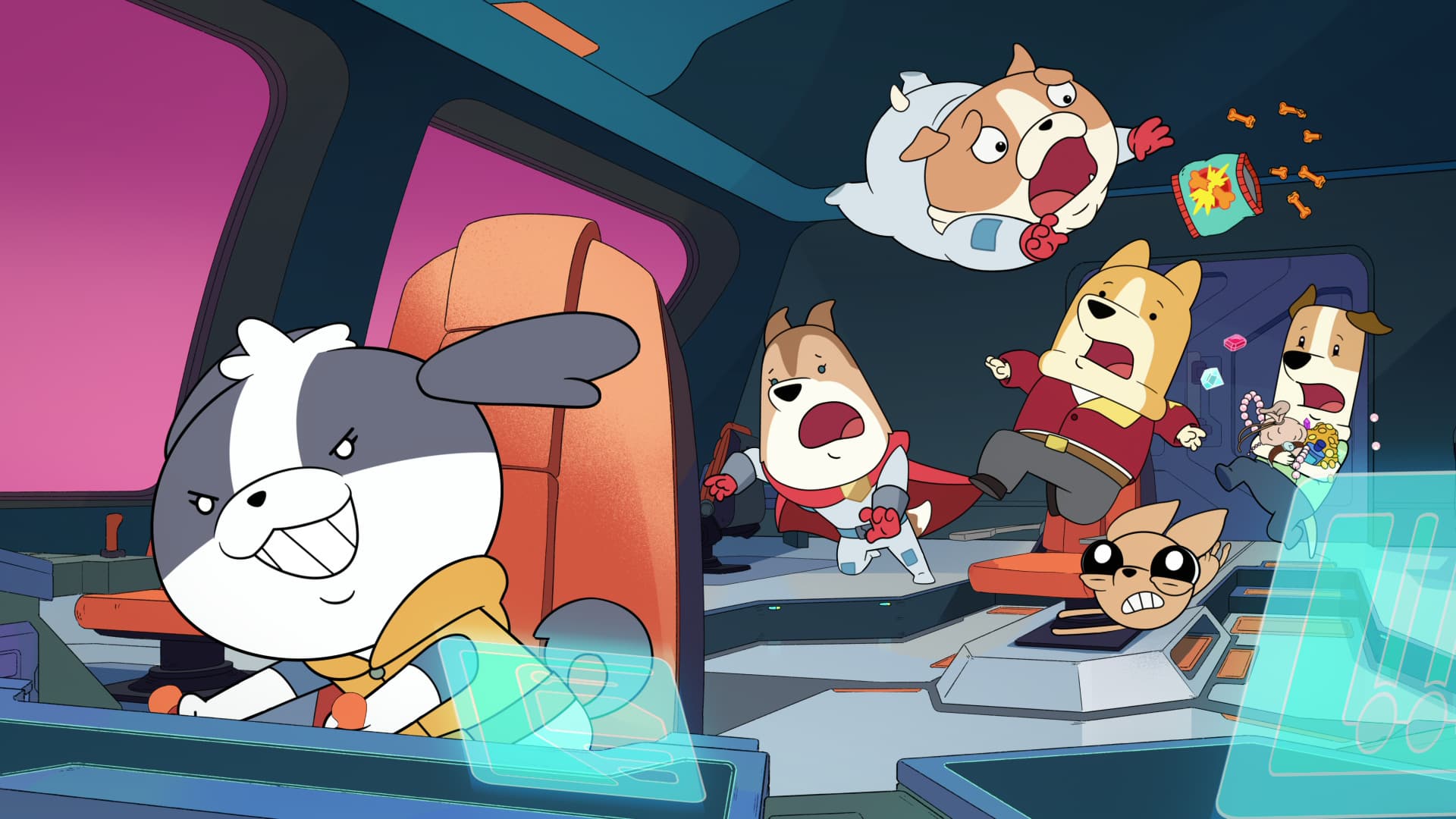 What if dogs were the last chance to help humanity?

Humans have wrecked earth, and are in need of another plant. To help with the search humans genetically modify their loyal companions, dogs, and send them out into space to find another place humans can call home. Captain Garbage and his crew are dedicated to their mission to find a suitable planet, but not every dog has the same views and goals. Dogs in Space is out now on Netflix. Here is my Dogs in Space Review!

My Dogs in Space Review

I’m actually a little disappointed in Dogs in Space. As a dog lover, I was really excited to see how this show portrayed dogs out on a mission in space. While I love the animation, voice cast, and the story the setup of the show is slightly confusing. The show is rated TV-Y7 but comes across as an adult show. It’s like they made it as an adult show and then took out things to bring it down to a TV-Y7 rating. Because of this, the show has an identity crisis. (Is it a show for kids or a show for adults?)

I tried watching the show with my kids, but they were not interested in it one bit. The humor is not funny for them and they cannot connect with any of the characters. For me, if they had made the show an adult animated show it would have been so much better. But because they didn’t it is a little bland. Which I hate saying since the voice cast is amazing!

I mean Dogs in Space has Haley Joel Osment as Garbage, Sarah Chalke as Stella, Kimiko Glenn as Nomi, William Jackson Harper as Loaf, and Chris Parnell as Ed. All actors are amazing but sometimes seem slightly out of place except for Kimiko. She nails her role. It is possible if Dogs in Space is renewed for a second season that it might find its stride and identity. We will have to see!

I was really hoping Dogs in Space would be so much better, but I think its confusing identity cost it. I give Dogs in Space a C+ rating.

In the not-so-distant future, genetically enhanced dogs are sent across the universe in search of a new home for the human race. It’s a giant cosmic game of fetch, as the canines seek a planet that will save humanity and – more importantly – let them return to their beloved owners. This animated adventure-comedy series is created by Jeremiah Cortez, who is Executive Producer alongside Adam Henry. The series is produced in partnership with Atomic Cartoons.

Looking for more to watch on Netflix? Check out my review of Maya and the Three HERE.