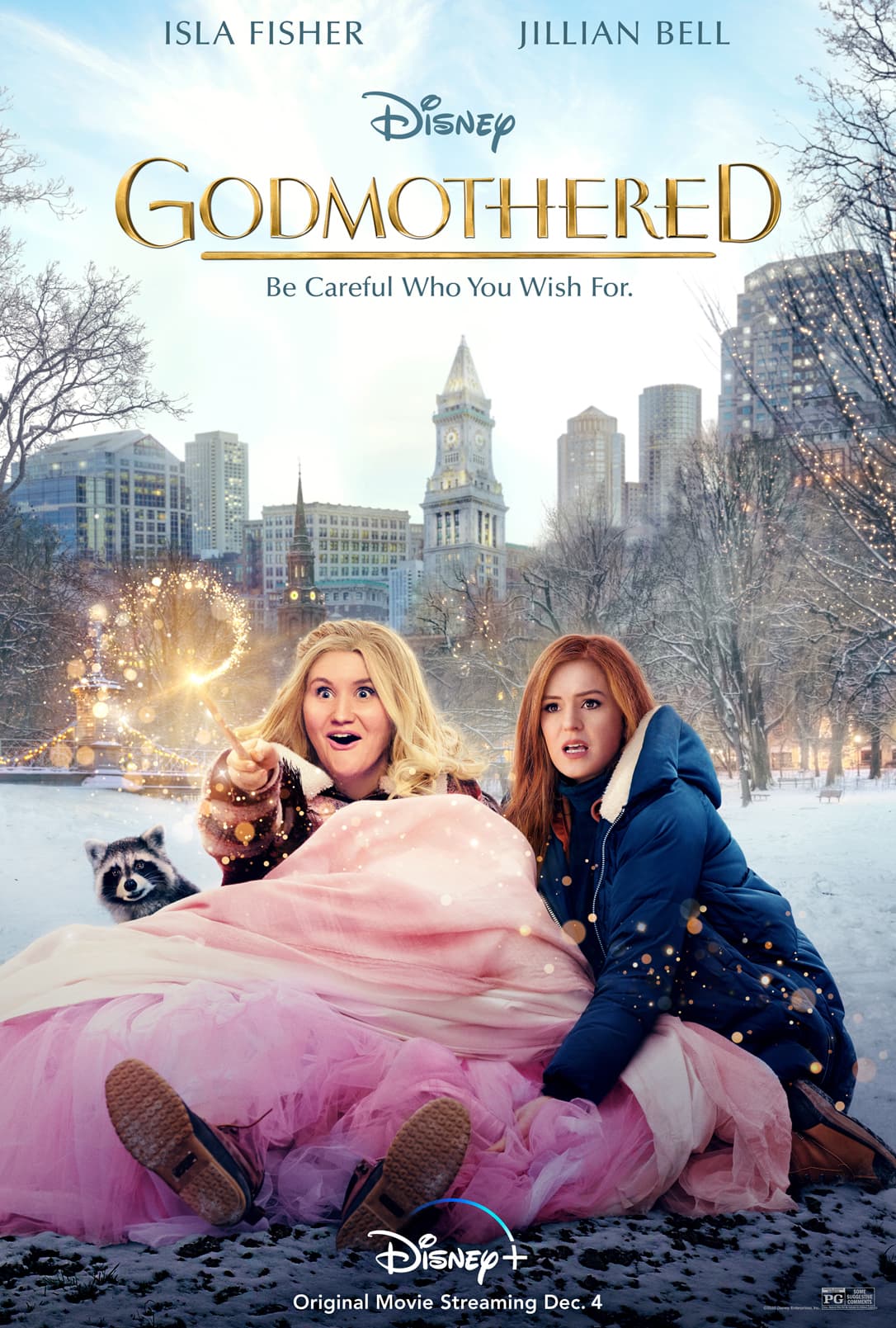 We have all read or heard the stories that tell us about Fairy Godmothers. They are there for you, wand in hand, waiting to give you a make-over and help you meet your knight in shining armor. Usually, the fairy tales don’t focus on the Fairy Godmothers, but Fairy Godmothers are people too, and they also have stories to tell. (Actually, I am sure they have A LOT of stories they could tell. Haha!) How does one even become a Fairy Godmother, and what happens when the magical profession is about to become obsolete? We are about to find out when Godmothered comes to Disney+ on Friday, December 4, 2020. You can read my Godmothered spoiler-free review below!

Disney+ has consistently surprised me with the high-quality shows and movies they have been releasing, but I will say I am slightly disappointed in Godmothered. Ok, I may have heard some of you gasp, but hear me out. Haha! I wrote a trailer reaction post with some concerns I had for the movie, you can read it HERE, and I must say my thoughts and concerns were spot on. For my Godmothered spoiler-free review I have separated my thoughts into what I loved and what I disliked.

Two words. Jillian Bell. She is a fantastic actress and comedian, and she steals the show in Godmothered. To be honest the movie is worth seeing just to see her. Haha! She was the perfect choice to play Eleanor. If I ever get a Fairy Godmother I would like it to be Jillian Bell, please. Haha!

While Godmothered has its high points it also has some low points. Godmothered is slightly predictable, a little slow, and the main message of the movie is basically contained within a 5-minute timeframe. There was also a character in the show who made a comment about Isla Fisher’s character, Mackenzie, being a single mom. The character was trying to use that against her in a way, and it really stood out to me. It made me mad because it was an unnecessary dig. For me, the comment seemed forced and out of place compared to the rest of the movie. Watching the movie you know Mackenzie is a single mom, but no one bashes her for it until that one time. (It’s like a surprise gut punch.) The movie really could have done without it. So, how would I rate Godmothered?

I give Godmothered a B-. Jillian Bell is magical and hilarious, and while it’s not the best movie to come out on Disney+ Godmothered is still cute and entertaining. Definitely worth a watch. Godmothered is rated PG and is definitely ok for kids to watch. Death is mentioned, but the movie has no scary scenes. In fact, my 2-year-old and 5-year old laughed their butts off throughout the movie, and they cheered at the end.

Set at Christmas time, GODMOTHERED is a comedy about Eleanor, a young, inexperienced fairy godmother-in-training (Jillian Bell) who upon hearing that her chosen profession is facing extinction, decides to show the world that people still need fairy godmothers. Finding a mislaid letter from a 10-year-old girl in distress, Eleanor tracks her down and discovers that the girl, Mackenzie, is now a 40-year-old single mom (Isla Fisher) working at a news station in Boston. Having lost her husband several years earlier, Mackenzie has all but given up on the idea of “Happily Ever After,” but Eleanor is bound and determined to give Mackenzie a happiness makeover, whether she likes it or not.

What to watch next on Disney+

If you are looking for more content to watch on Disney+ then you can check out their fall/winter lineup HERE. I also recommend if you haven’t seen it, Noelle on Disney+. You can check out my review for Noelle HERE.