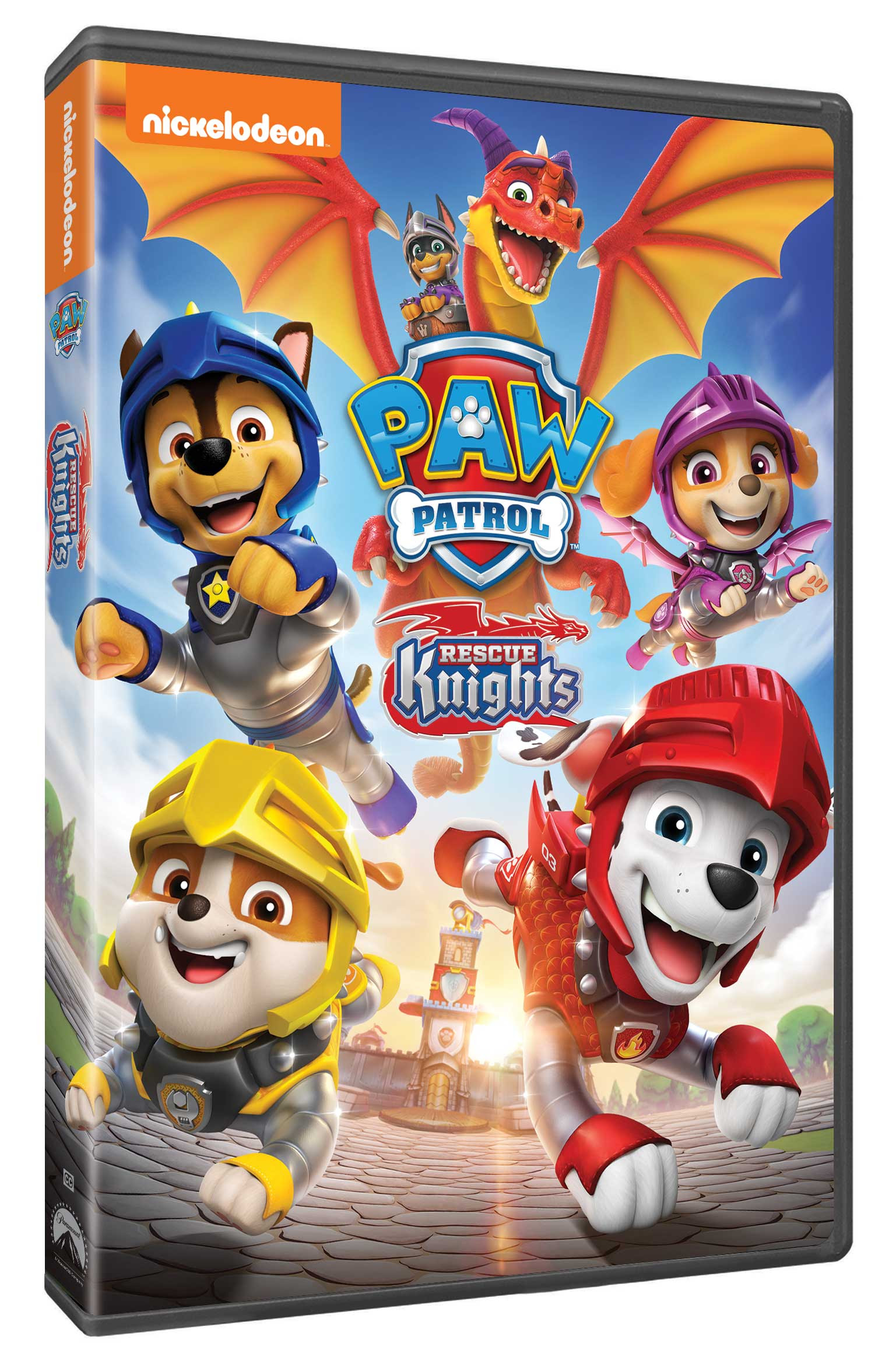 A baddie pup named Claw, riding a dragon, Sparks, has descended upon Barkingburg, and it’s up to the PAW Patrol to protect the kingdom!  No rescue is too big, no pup knight is too small! With new Dragon Knight Vehicles and suits of Dragon Knight Armor, our team take to land, air, and moat to stop the trouble-making Claw and his mischievous Dragon.

Looking for more from Paw Patrol? Paw Patrol is one of my kids favorite Nickelodeon titles, and if your kids are anything like mine you will want o check out my Paw Patrol: Pups Save the Alien DIY Silhouette Jar Craft. As well as my review of Paw Patrol The Movie!