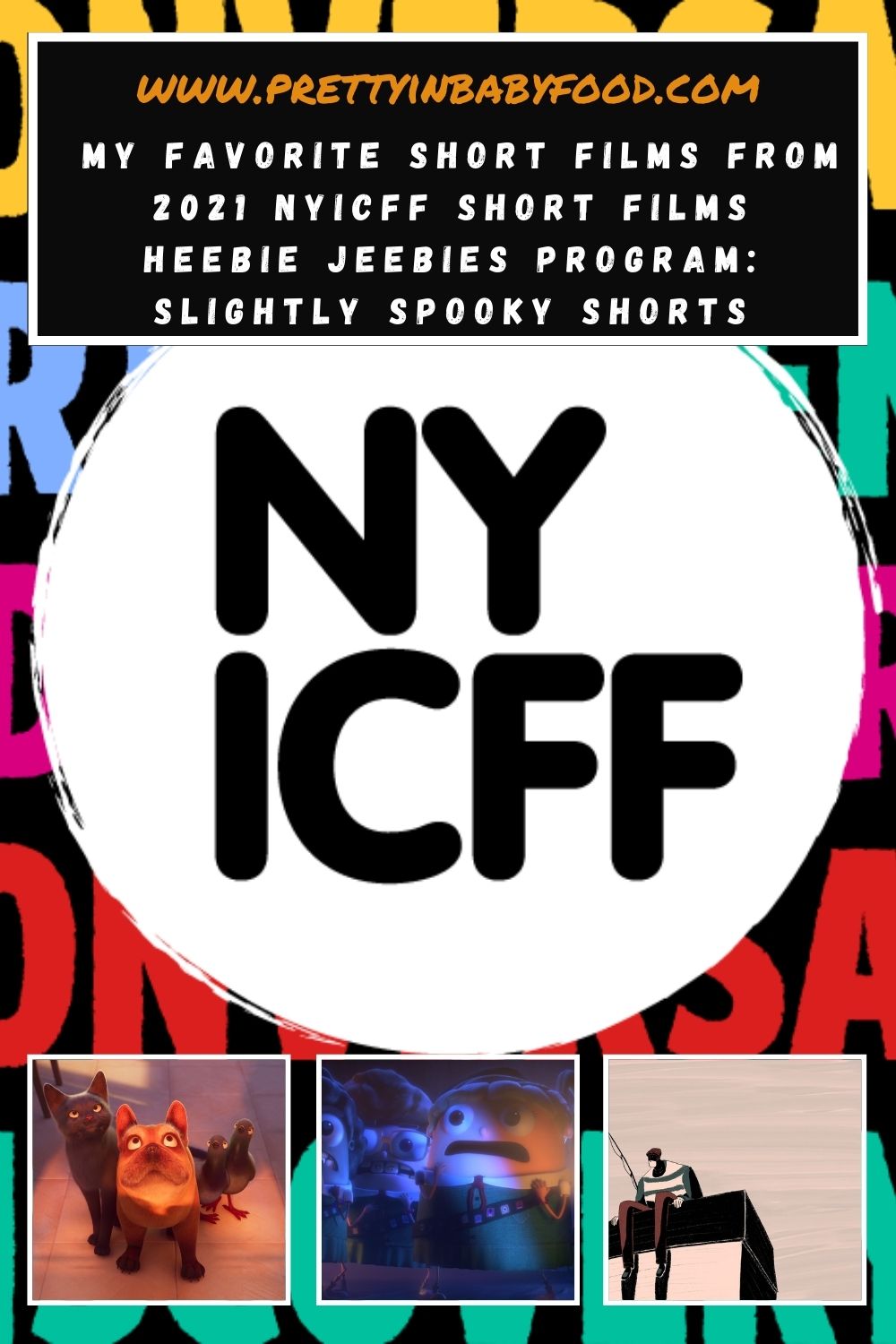 I do, and I don’t at the same time. Haha! I am not a huge fan of movies where things go bump in the night, or hop out and try to scare you. I do however love psychological thrillers and the like. So, after watching some of the short film programs geared toward my kids I wanted to switch over to some short films to watch by myself. Because I did not know how scary these shorts would be I watched them without my kids. I snuggled in tight with a snack and turned out the lights to watch the NYICFF Short Films Heebie Jeebies Slightly Spooky Shorts program. Here are my favorite short films from the program!

When picking my favorites for the NYICFF Short Films Heebie Jeebies program I had an overall favorite, and then I selected 2 short films that were my runner-up favorites in animation, and story.

I have never been to summer camp before, but if I could go to summer camp with the 5 girls from Camp Heebie Jeebie I would go. Haha! This short was so much fun to watch. It had the perfect balance of comedy, slight scariness, and cuteness. But it also had lessons to be learned from it about how looks can be deceiving and showing kindness to others. I hope to see more films with these campers in the future.

United States—New York Premiere Animation, Dylan Chase, 2019, 6 min. English Find what all the frightful fun is about when five girls realize the ghost stories they trade around a campfire may make them jump in more ways than one.

The Scream – My favorite animation

The Scream is beautifully animated. The colors used and how the animals were drawn are spectacular. It was fun to watch animals be detectives to find out who killed the chicken. (Even funnier when the other birds fainted at the sight of the cooked chicken.) I wish there had been more to the story, but this is a spooky short I could show my kids and they would not be scared.

Oh, Nestor, I feel you, buddy. The short film Nestor, for me, had one of the most interesting stories of the Heebie Jeebies program. A sailor out at sea, for probably a long time, who has OCD and has issues with everything moving around. The look in Nestor’s eyes when something got out of place is the same look I get in my eyes when I clean something at home and then within minutes it’s dirty again. (Kids) It was a short that made me really feel for the character, and at the end had me hoping Nestor got home to dry land safe and sound. Haha!

Portugal, UK—East Coast Premiere Animation, João Gonzalez, 2019, 6 min. No dialogue Out at sea, Nestor’s rattled by a lack of stability in this shifting, animated puzzle for the eyes and ears.

I am starting to watch some of the full-length films showing at NYICFF so stay tuned. Until then make sure you check out my City of Ghosts Review and Interview with Elizabeth Ito HERE. You can also read about my family’s favorite shorts from the Shorts for Tots program HERE, and the Short Films One program HERE.