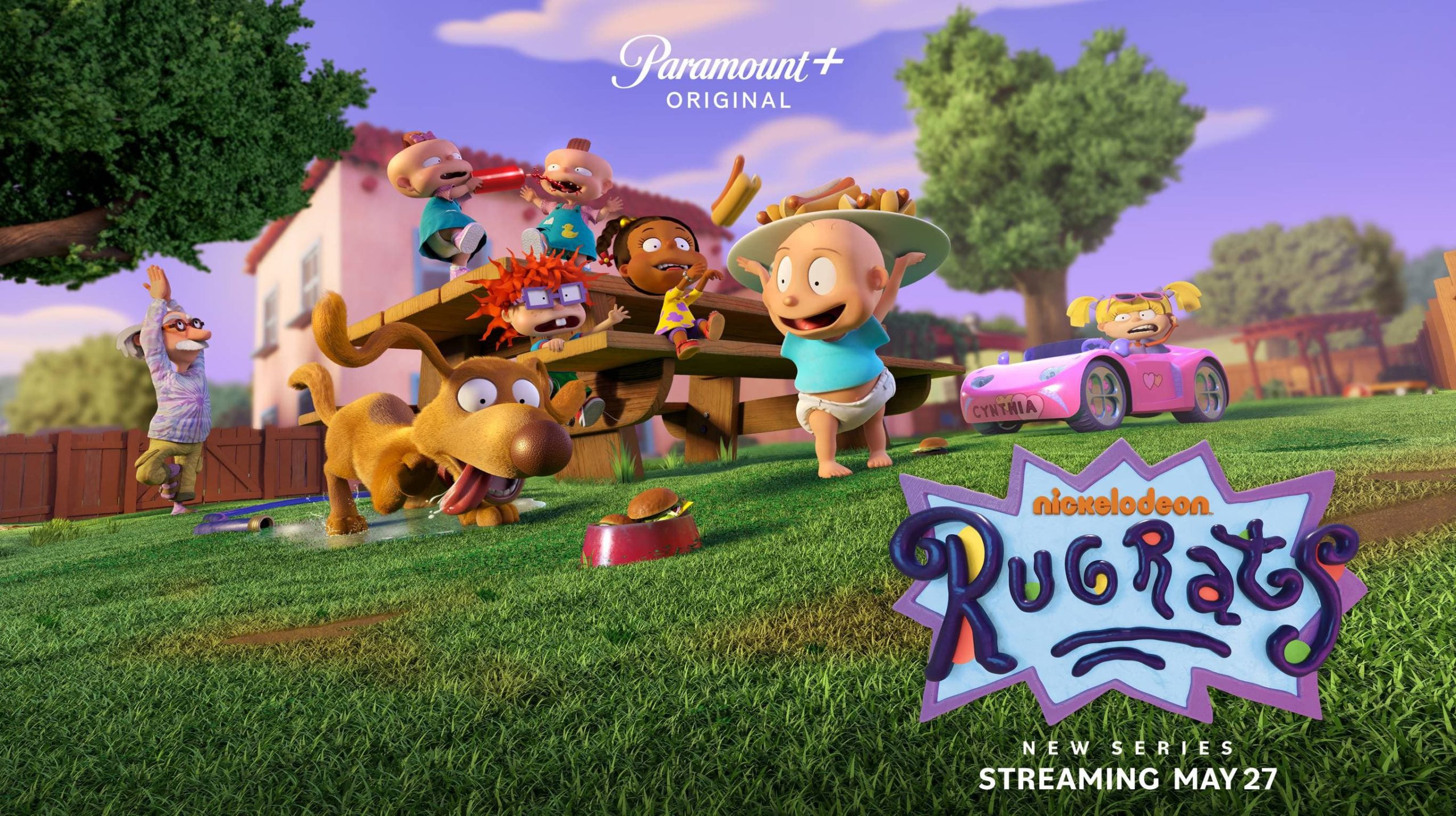 The Rugrats are back!

Gosh, if there was ever a show that I missed from my childhood it is Rugrats. I used to watch the heck out of the show. Everything about the show is iconic. From the characters to the voice actors. When I heard a new Rugrats show was heading to Paramount+ I was a little skeptical. I mean I was concerned that it just wouldn’t have the magic that the original show did 30 years ago. Well, I screened a couple of episodes from the new series and I am pleasantly surprised, but I have some thoughts. Haha! The first 6 episodes of the new RUGRATS premieres Thursday, May 27th on Paramount+. Here is my spoiler-free review!

My kids are in love with the new Rugrats. Haha! Ever since screening a couple of the episodes from the new series, my kids have asked to watch Rugrats every day. I really do commend everyone at Nickelodeon who worked on the new show. While different, the new show’s familiar baby talk and shenanigans is just as good as the original show. Another thing I love is the fact that the original voice cast for the babies returns in the new series. (E.G. Daily (Tommy Pickles), Nancy Cartwright (Chuckie Finster), Cheryl Chase (Angelica Pickles), Cree Summer (Susie Carmichael), and Kath Soucie (Phil and Lil DeVille).)

Watching the new show makes me feel like the original Rugrats never ended even though it is 30 years old. (Launched in August 1991.) Yes, there are things that are different. The animation is updated, but personally, I enjoy the new animation. I also don’t mind the new voice cast which primarily is all of the adults. Which includes some amazing actors such as Tony Hale as Chuckie’s father and Natalie Morales as Betty DeVille. Another thing that is different is the lens through which I am watching the show. I remember laughing my butt off watching the show as a kid, but watching it as a parent I find myself more amazed at how little the parents actually watch their children in the show. HAHA!

I do have one issue with the show though

And I am going to be a stickler for this one because it is a pet peeve of mine when it comes to kids’ movies and tv shows, and that is adult jokes. Personally, I feel movies and tv shows made for kids do not need to slide jokes in that only adults will understand for them to be entertaining. There are a couple of jokes in the episodes that we screened that really made me question why they were there. My kids did not understand them, and while I did, I felt they were slightly inappropriate and out of place for a young kids tv show. But that’s it!

So, after all of that, and 30 years, how would I rate the new Rugrats series? I give Rugrats a solid B. It is highly nostalgic and entertaining, even with adult jokes. Both my kids and I love it, and if you have Paramount+ I highly recommend it! (And if you don’t have Paramount+ Rugrats is a good reason to get it.)

How excited are you for the new Rugrats?!

A reimagining of the classic ‘90s hit, the brand-new RUGRATS series features rich and colorful CG-animation and follows the babies—Tommy, Chuckie, Angelica, Susie, and Phil and Lil—as they explore the world and beyond from their pint-sized and wildly imaginative point-of-view.

If you are looking for more to watch on Paramount+ then make sure you check out my review of Kamp Koral: SpongeBob’s Under Years HERE, and my review of The SpongeBob Movie: Sponge on the Run HERE.