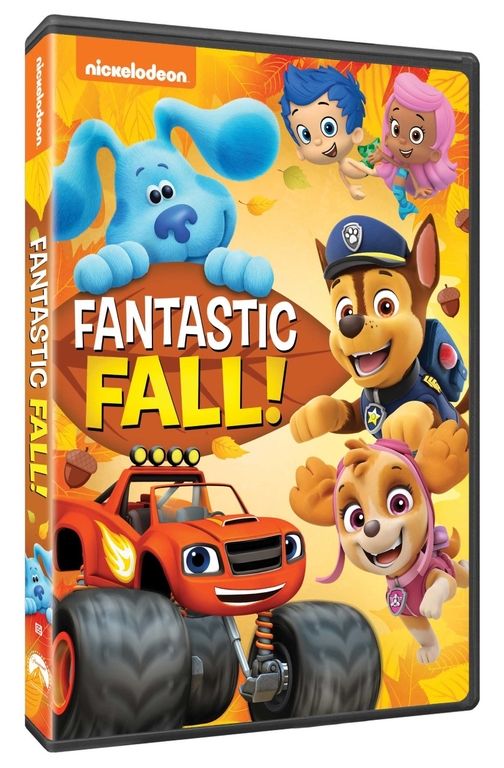 I am calling it. When opening the door to take the dogs out for a walk this morning it was chilly so I had to put on a jacket! I love the fall though so I am super excited about the change in weather. Gathering with friends around a fire pit and drinking hot coffee or cocoa. Nick Jr. is in on the fall action as well. They will be releasing a new DVD soon called Nick Jr.: Fantastic Fall.

It is a collection of episodes featuring some of our favorite Nick Jr. shows, Paw Patrol, Blue’s Clues & You, Bubble Guppies, and Blaze and the Monster Machines. There is even a show, Butterbean’s Cafe, we haven’t seen before! I cannot wait to watch this DVD on Halloween and also Thanksgiving with my girls and those family members who come to visit. You can read all about the new DVD as well as enter to win your own copy below!

Disclosure: My family and I were gifted a copy of Nick Jr.: Fantastic Fall! from Nickelodeon and Paramount Home Entertainment all thoughts and opinions are my own.

To celebrate the new DVD release of Nick Jr.: Fantastic Fall! I am holding a giveaway where you can enter to win your own copy! Click HERE to enter.

The season filled with tricks, treats and thanks, is upon us! Help Josh and Blue figure out what Magenta wants to be for Halloween. Blaze and AJ are excited to “truck or treat,” but Crusher tries to steal their candy! Then, it’s time to give thanks as Josh plays Blue’s Clues to discover what Blue is thankful for. The PAW Patrol pups rescue Mayor Humdinger and his kittens from a bouncy Thanksgiving turkey. And The Bean Team shows Ms. Marmalady what Thanksgiving is all about. All of these adventures and more add up to one fantastic fall!

Do YOU wanna talk about dinosaurs?

Get all the dino-mite facts you could dream of from REAL dino experts @eliza_morey, @Laelaps, and Tylor Birthisel from @NHMU.

My kids have started rating my cooking with a thumbs up or thumbs down. My 5-year-old likes to keep me in suspense by doing it gladiator style. 🤣 #parenting #kids