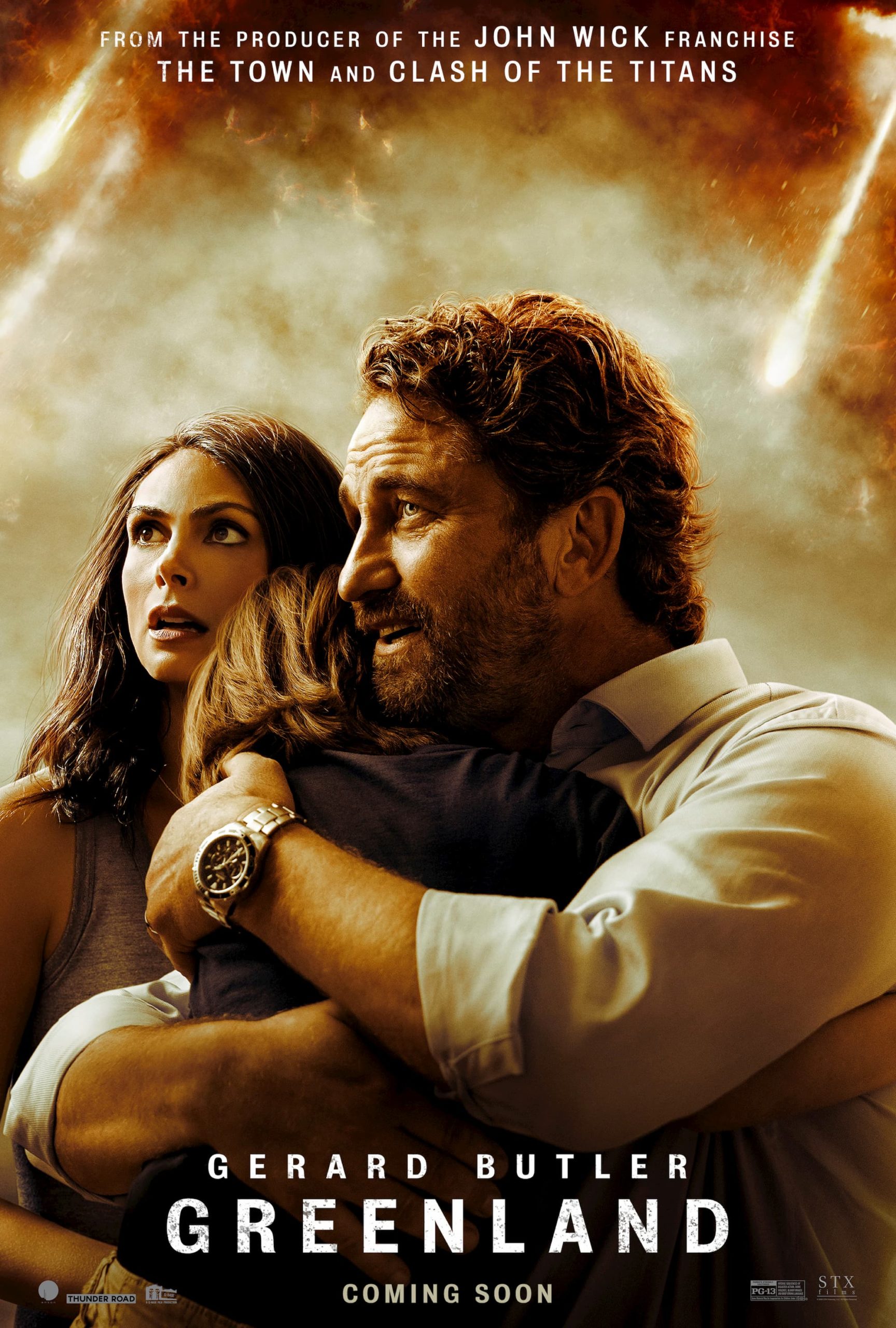 Greenland was originally supposed to release in August of this year. It was sadly delayed, but Movie Santa brought me a present this year because Greenland is releasing this Friday, December 18, 2020! Back in June, I wrote my trailer reaction to Greenland, and I am happy to say Greenland does not hold back when it comes to action and disaster. (You can read it HERE.) I got a chance to pre-screen the movie and I am so excited to tell you my thoughts. So, here is my spoiler-free Greenland movie review!

I am happy to say Greenland falls into the second camp of disaster movies. (The Norwegian films The Quake and The Wave are two other great examples.) In Greenland, we see what different people would do in the event of a world-ending event. (I mean what would you do if a plant-killing comet was headed towards Earth? Would you do ANYTHING to try and stay alive, party like it’s 1999, or resign yourself to your possible fate? Haha!) Now, some parts of the movie do seem far-fetched, but Greenland brings realism to the situation, and Gerard Butler and Morena Baccarin are so good in the movie that you feel for them, root for them, and you sometimes scream at them. Haha!

My favorite part of disaster movies

But my most favorite part about disaster movies is that they make you think. You put yourself in the situations and you think to yourself, “What would I do?”. Greenland is a great movie to do this with because the situations present in it are real. They are situations I can totally see happening in an impending global disaster, and while there were a couple of situations where I feel I would have done something different the characters in Greenland make logical and reasonable decisions. (What?! No!? Haha!) So, how would I rate Greenland?

Greenland is the best natural disaster movie I have seen in a while, and I was on the edge of my seat pretty much the whole movie. It shows the fear, anxiety, heartbreak, and the best/worst sides of humanity. Because of this, I give the movie a solid A. I highly suggest giving it a watch if you love disaster movies.

A family fights for survival as a planet-killing comet races to Earth. John Garrity (Gerard Butler), his estranged wife Allison (Morena Baccarin), and young son Nathan make a perilous journey to their only hope for sanctuary. Amid terrifying news accounts of cities around the world being leveled by the comet’s fragments, the Garrity’s experience the best and worst in humanity while they battle the increasing panic and lawlessness surrounding them. As the countdown to global apocalypse approaches zero, their incredible trek culminates in a desperate and last-minute flight to a possible safe haven.

Just watched the first 2 episodes of #WandaVison, and they are amazing. Content like this is why I subscribed to @disneyplus. Well worth the wait. 😍 #disneyplus #MarvelStudios #Marvel

(AD) Rubble is one of our fav pups, and we are excited he is getting his own Paw Patrol focused DVD! Paw Patrol: Rubble on the Double arrives on DVD 1/19/2021. Learn all about the new DVD & enter to win a copy here! -> http://ow.ly/ejT850D946L @Nickelodeon #pawpatrol #nickelodeon

The kind witch and her purring cat of Julia Donaldson’s “Room on the Broom” will soon join our team of Tonies. However, danger is lurking nearby in the form of a fearsome dragon!

Sign up for Julia Donaldson updates at https://tonies.fun/3gXvdzz • #Toniebox