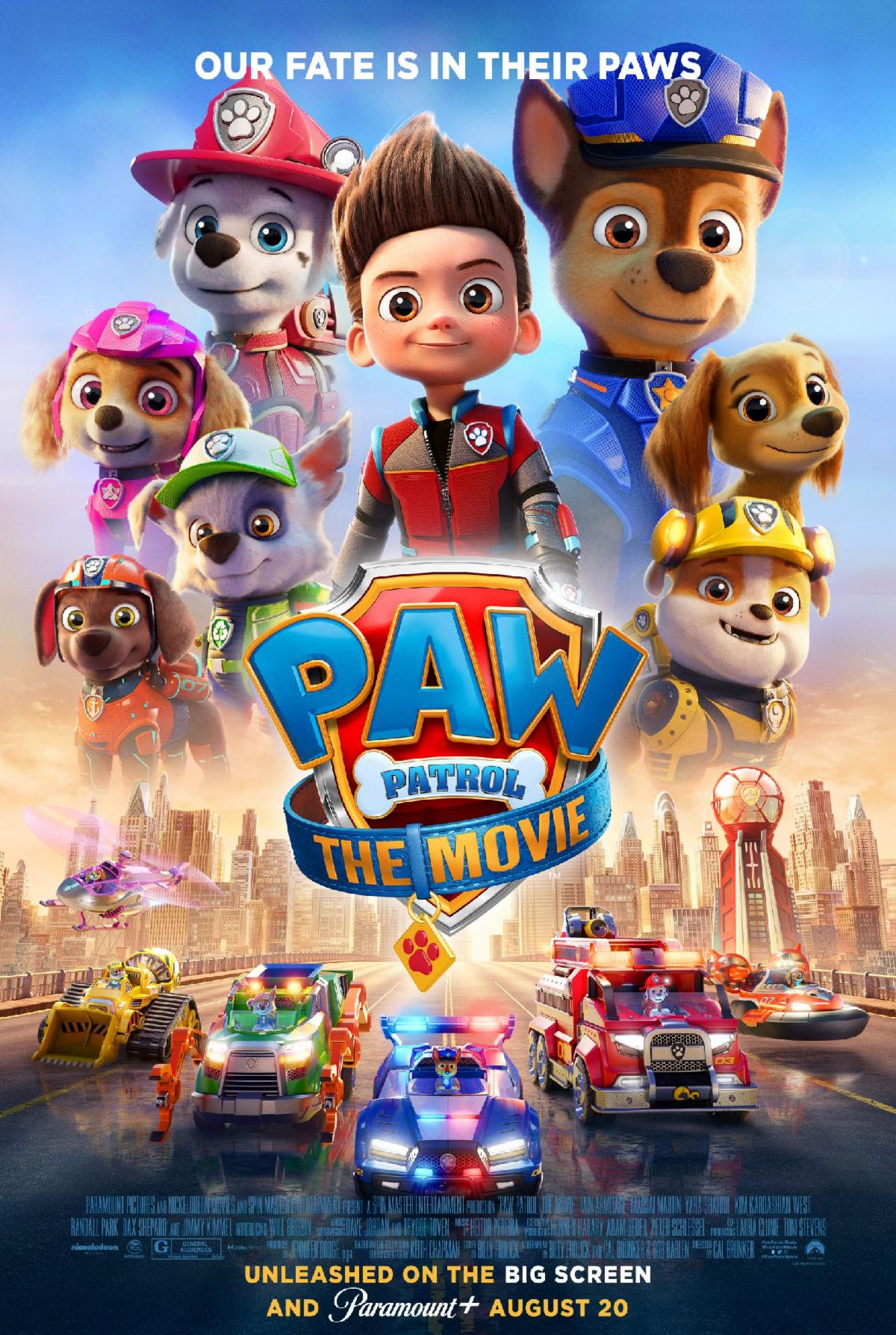 Paw Patrol is headed to the big screen!

It’s here! It was just announced last year that there would be a Paw Patrol movie coming in 2021, and that time has come! If you are a parent of young kids then at some point you have watched Paw Patrol. I mean, let’s be real. You have probably watched A LOT of Paw Patrol. Haha! In my house, the Paw Patrol still reigns, and next year it will be no different. Also, I have to say I am super excited about a Paw Patrol Movie, and as funny as it sounds I would love to walk the red carpet and attend the world premiere of the Paw Patrol movie. (Do you know how many parenting points I would get for that?! Haha! I am speaking it into the universe now.) Below is everything I know about the newly announced Paw Patrol Movie!

When will it be releasing?

Scheduled to be released by Paramount Pictures into theatres on August 20, 2021, the major motion picture is based on the award-winning preschool series produced by Spin Master Entertainment and broadcast by Nickelodeon.

The PAW Patrol is on a roll! When their biggest rival, Humdinger, becomes Mayor of nearby Adventure City and starts wreaking havoc, Ryder and everyone’s favorite heroic pups kick into high gear to face the challenge head on. While one pup must face his past in Adventure City, the team finds help from a new ally, the savvy dachshund Liberty. Together, armed with exciting new gadgets and gear, the PAW Patrol fights to save the citizens of Adventure City!

PAW Patrol follows the adventures of a tech-savvy boy named Ryder and his team of pups who are ready to save the day. Whenever there’s trouble, pups Chase, Marshall, Rubble, Zuma, Rocky and Skye are ready for action, no matter what comes their way. With a mission to work together to keep Adventure Bay safe, no job is too big, and no pup is too small.

Airing in over 160 countries, in 30 languages, PAW Patrol is consistently ranked as a top-rated preschool series. Currently, in its seventh season on Nickelodeon, PAW Patrol’s universal messaging resonates with children around the world and since its launch in 2013, the franchise has won countless awards globally.

Paw Patrol The Movie is Coming on August 20th!
FacebookTweetPin