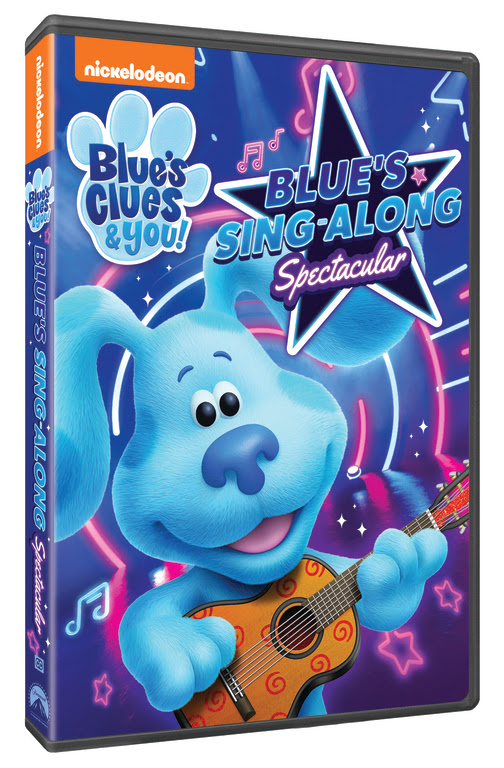 Come Sing Along with Josh and Blue!

Are you and your kids read to get up and sing and dance with Josh and Blue?! My girls have been having a grand old time watching the new Blue’s Clues & You! Blue’s Sing-Along Spectacular DVD. Every time I put the DVD on they grab their microphone and get up on their feet. It is a great way for them to get their wiggles out. Blue’s Clues & You! Blue’s Sing-Along Spectacular arrives February 2, 2021. Below is all the info on the new DVD!

Disclaimer: My family and I did receive a DVD and PR mailer in exchange for posting on my social channels. All thoughts and opinions are my own.

Check out a surprise mailer we received to celebrate the release of the new DVD!

If your kids want to see even more Josh and Blue then make sure you check out my interview with Josh Dela Crus HERE, learn about the Nick Jr.: Fantastic Fall HERE, and the Caring with Blue DVD HERE. I also have a Blue and Magenta DIY Ears craft HERE.